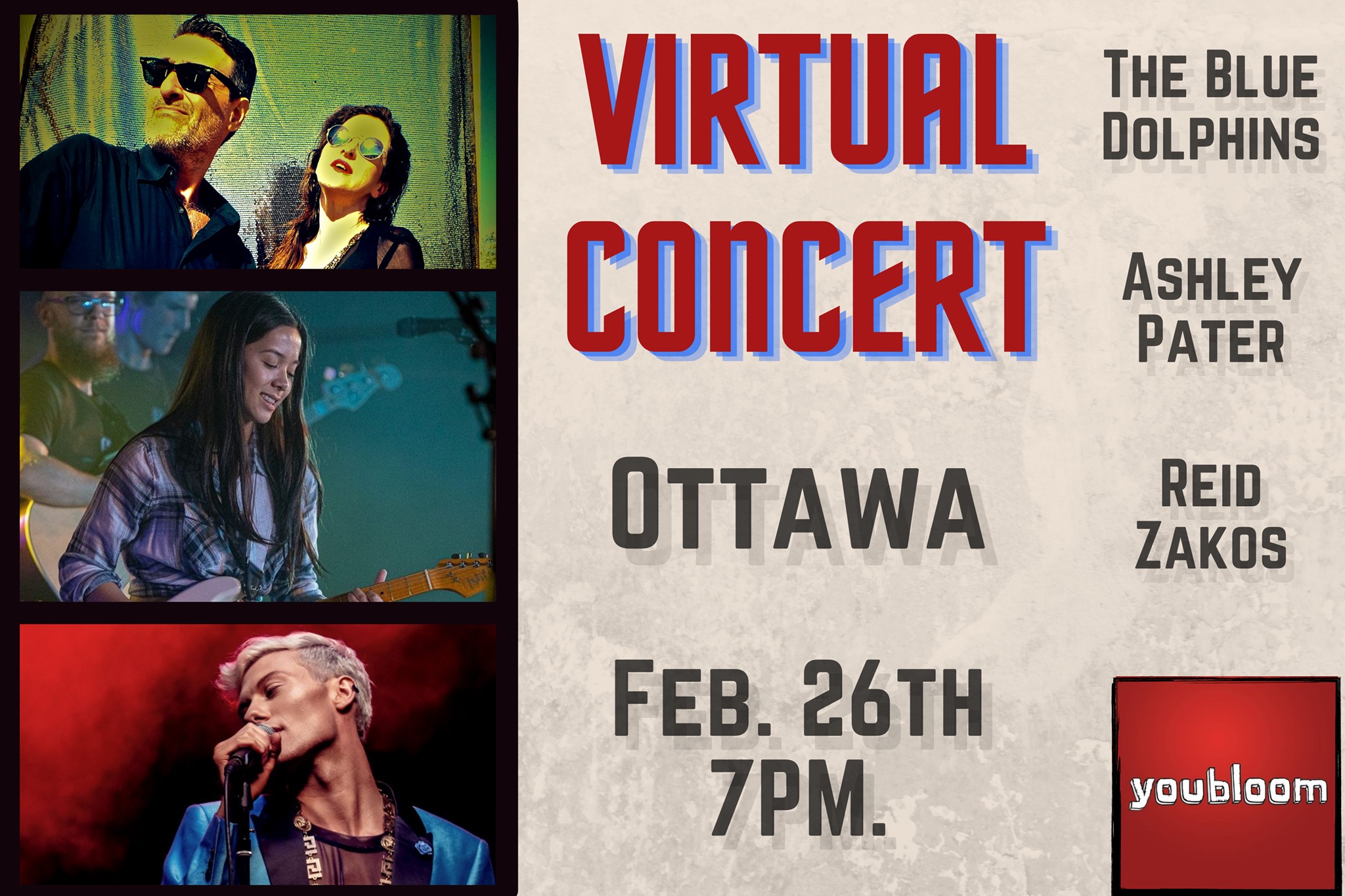 ***FOR JUST UNDER $7***
Welcome to the inaugural youbloom Virtual World Tours! Come out via zoom to check out these 3 remarkable talents in action. Each act will perform a 30 minute set, followed by a 15 minute Q&A with Jamie Orser, Ottawa’s CityRep for youbloom!
—
The Blue Dolphins
https://thebluedolphins.net
“Characterized by beautiful melodies, tight harmonies and an uplifting positive mood, their musical style embraces Folk, Pop and Rootsy Rock with a unique timeless quality.”
Ashley Pater
https://www.ashleypater.com
“CBC Music named Ashley Pater one of the top 10 young Canadian musicians you must hear. Ashley is a 17 year old singer/songwriter from Vancouver, BC and has been performing since the age of 9. Although she grew up on country music while riding in the backseat of her mom’s car, Ashley considers her music to be alternative rock, which for her is a unique blend of folk, pop, and rock.
Reid Zakos
http://reidworldmusic.com
“Reid Zakos is a triple-threat performer with a YouTube channel of over 100,000 views. Born in Calgary, Reid grew up in a musical family and was heavily influenced by his father who is a Jazz piano player. Reid’s interests in dance and musical theatre informed his early love for the stage and he began writing his own songs at the age of 11. Also inspired by dance-pop artists like Gwen Stefani, Lady Gaga, Troye Sivan, and Michael Jackson, stage presence, choreography, fashion, and visuals have always been important to Reid’s artistry. His first album “Legends & Myths” is full of self-empowerment anthems infused with retro-pop production and theatrical vocals.”
Share
Tweet
Pin
0 Shares
+ Google Calendar+ iCal Export