Virtual Tour of Meteora – The Stone Forest in Greece 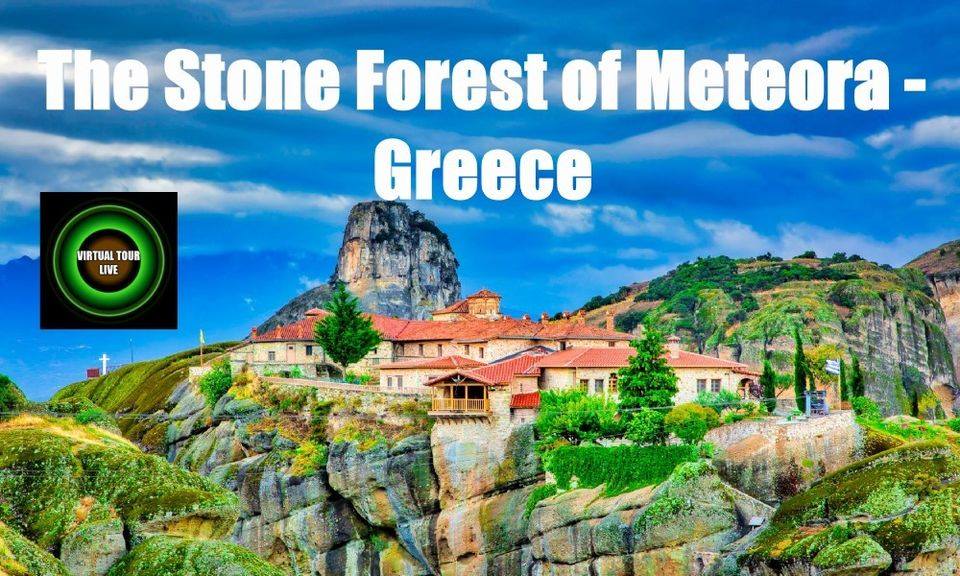 Their construction has not been easy at all, monks having regard need and 70 years only to raise the materials on the rock. The Virtual is made only with the scale of the string and with the net.
#avirtuallive #virtualtourlive
Meteora is the second of the most important monastic complexes in Greece after Mount Athos. It is a complex of huge steep and imposing rocks, on top of which are built the famous monasteries of Meteora, just outside Kalambaka in Trikala.
Only six (of the once thirty) monasteries are still open to this day. In fact, they have been designated UNESCO World Heritage Sites for thirty years. These are the monasteries of Metamorphosis, of Varlaam, of St. Nicholas Anapausas, of Rousanou, of the Holy Trinity and of St. Stephen.
Meteora monasteries – the miracle of Greece. Few kilometers northwest of the town of Kalabaka, the impressive rocks of Meteora are rising from the plains of Thessaly been one of the most amazing places in Greece. Many centuries ago, on these gigantic rocks with the breathtaking landscape reaching heights of more than 600 meters, it was formed one of the most important monastic communities of Greece. The Greek word Meteora means “suspended in the air” and this phrase aptly describes these remarkable Greek Orthodox monasteries.
Share
Tweet
Pin
0 Shares
+ Google Calendar+ iCal Export