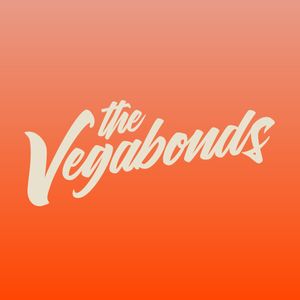 Some might assert that The Vegabonds sound is Americana, while others may consider them to be true rock ‘n’ rollers. Regardless of what fans like to call them, the Alabama-born, Nashville-bred quintet is pulling themselves up by the bootstraps just in time for 2018, forging ahead into the future by avoiding pigeon holes.

As they steadily become one of the most sought after, highly-acclaimed Southern Rock bands in music, The Vegabonds’ roots run deep, even alongside the fan base having now extended across the U.S. and Europe. Their devotion to music and their tireless tour schedule illustrates their laser-sharp focus on growing into one of the biggest names out of Nashville, while never forgetting their humble beginnings.

With a sound reminiscent of Tom Petty & The Heartbreakers mixed with the grit and twang of the Allman Brothers Band, The Vegabonds give their fans a sensational performance with powerhouse guitar riffs and impactful songwriting night after night. Their hard work and unbridled talents have not gone unnoticed; the group has opened for such notable acts as Lynyrd Skynyrd, the late Gregg Allman, and Kid Rock, among others. Rousing performances at festivals like Peach Fest, Magnolia Fest, Sunfest, and Toadlick grew their notoriety nationwide, leading to a west coast tour that formed in-roads with the music and comedy community in Los Angeles. It’s no wonder that Live for Live Music has compared them to musical legends like My Morning Jacket and The Black Crowes, calling them “a force to be reckoned with,” complete with “gorgeous harmonies and impressive instrumental skills mak[ing] for a perfect combination.”

Born in Alabama. Bred in Nashville. Seasoned by the Road. Celebrated the world over. Come let your hair down with The Vegabonds.