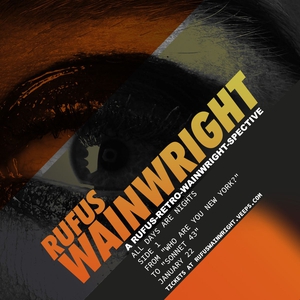 “Songs for Lulu” : From “Who Are You New York?” to “Sonnet 43” I know this is maybe my most challenging album and quite a shock after the Want albums and Unfollow the Rules. They were in technicolor and Songs for Lulu is black and white not to say “bleak and white”. The songs are etchings whereas my previous albums were collections of multi-layered oil paintings. I worked on the piano arrangements over months and practiced the piano every day for hours to master them. It was around this time that my mother died and this was one of these moments where art and life truly are meant to run alongside each other for maybe longer than I had wished. I was alone on stage for this tour in a black dress with feathers and a long train (same dress as in the “Devils And Angels” video) with white, blue and black makeup. I was just as alone emotionally having lost my mother. There were shows on tour where I cried for the entire duration of the first half. All streams will be available for rewatch for one month after the livestream event.