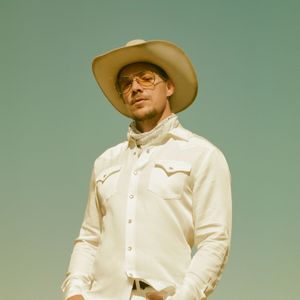 MMXX is one of my favorite albums i’ve ever put together. I teamed up with The Higher Ground and Secular Sabbath for a one night ambient experience this Wednesday at 8pm pt on Headliner. all proceeds going to california wildfire relief. tickets here: http://diplo.live

Diplo, Diplodocus, Wes Gully, and Wes Diplo are all pseudonyms of Wesley Pentz, a Philadelphia-based producer and DJ. Together with DJ Low Budget he runs Hollertronix, a party and music collective. In addition to his solo career, he has worked with Sri-Lankan/Tamil singer and artist M.I.A.. The two were also romantically involved. Pentz’s alias, short for Diplodocus, derives from his childhood fascination with dinosaurs.

As a DJ, Diplo is characterized by his eclectic, often 80s-oriented mashups, mixtapes, and live sets. On his full-length solo effort Florida, however, his sound is closer to sample-based cinematic instrumental hip hop, not unlike the work of DJ Shadow.

Born in Mississippi and raised across the southern United States, Diplo picked up much of the local culture while growing up there. Music styles such as dirty south, crunk and miami bass are now trademark ingredients of the Hollertronix output. Pentz’s solo work is also influenced by Southern Gothic and other southern literature. Additionally, world music is a strong musical influence on Diplo, especially baile funk which he encountered whilst traveling in Brazil.

Diplo was recently signed to Ninja Tune, on the Big Dada imprint. In 2006, he started his own label, Mad Decent, signing Brazilian baile funk group Bonde do Role and Dj Blaqstarr.