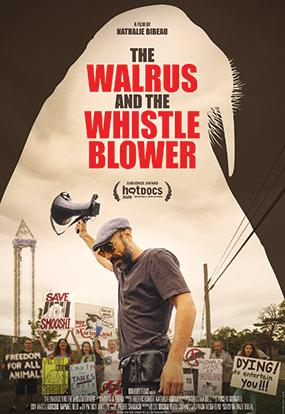 The electrifying
The Walrus and the Whistleblower – Feature Documentary

, won the top Audience Award at this year’s

in Toronto. It follows the story of Phil Demers, known as the ‘Walrus Whisperer’, in his long battle against the iconic amusement park, Marineland. Phil had his dream job as a trainer there for over a decade. He swam with killer whales, ran the show, and became known around the world for his relationship with a walrus named Smooshi. But he quit and blew the whistle, claiming animal abuse and calling for an end to the 60-year-old practice of keeping marine mammals in pools. Now, Phil is being sued for 1.5 million dollars by Marineland, but nothing will stop him from his mission to #SaveSmooshi.