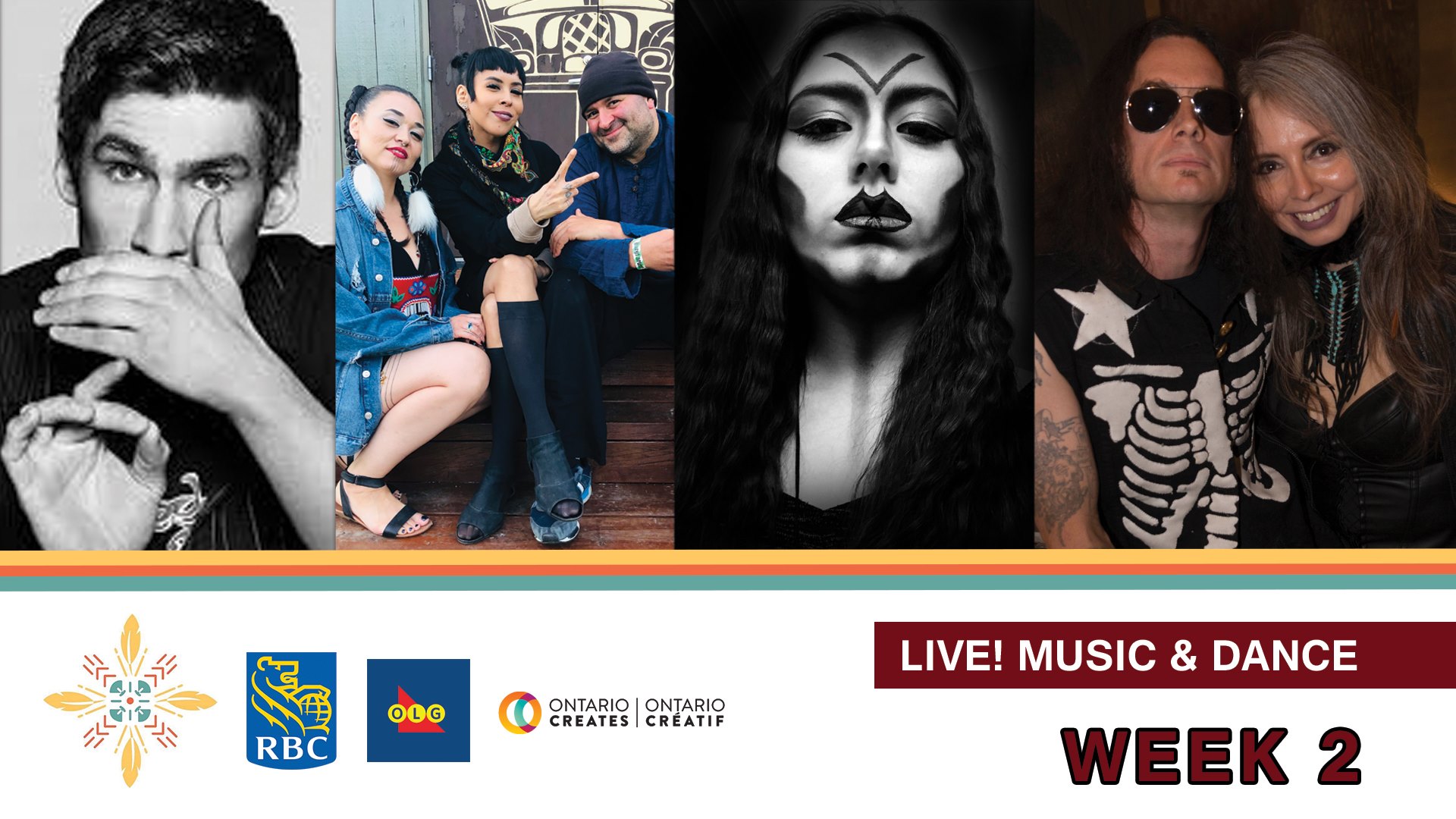 Come together and celebrate Indigenous Music, Dance and more from the safety of your home with Summer Solstice Indigenous Festival’s online musical programming with your live host 95.7 Elmnt fm

FRIDAY NIGHT LINE-UP
HOSTED BY: Matthew Bission
• “He is our station manager as well the PM News Host. He has been active in radio and tv broadcasting for over 5 years, having worked at both Bell Media and Rogers. Proudly of Aboriginal descent (Objiway from M’Chigeeng).”

Silla and Rise
• Silla and Rise were nominated for a Juno for Indigenous Music Album of the Year in 2017 for their self-titled Debut: Silla + Rise, as well as an Indigenous Music Award for Best Inuit, Indigenous Language, or Francophone Album. They won the Stingray Award at Mundial Festival in Montreal in 2018 and their new album Galactic Gala was just nominated for a Juno for World Music Album of the Year.

SATURDAY NIGHT LINE-UP
HOSTED BY: Kayla Whiteduck
• “Forget that mid-day coffee run and let Kayla Whiteduck infuse a boost of energy to your day with her awesome selection of music, vibrant personality and knee-slapping funny stories. You can find her on 95.7 ELMNT FM every weekday from 12 – 3 PM. Kayla is a proud First Nations Algonquin woman originally from Kitigan-Zibi in Quebec.”

Aurora Jade
• Since age of 9 yrs old, Aurora Finkle has had an impressive musical career. Since having won the grand prize at 08’s National Aboriginal Day ‘We Got Talent’ competition in Ottawa, Aurora has performed the Senate at Parliament Hill, Grand Hall at the Museum of Civilization, pow-wows, numerous music festivals, gala’s and conferences as well as having appeared on numerous T.V. and radio shows and other publications. Aurora is now 21 yrs old and performs with various musical acts as well as solo performing her repitoire of originals. Aurora is also a classical pianist and has won many nation-wide competitions for composition. She is currently working on her second album.

The Johnnys https://www.facebook.com/thejohnnysofficial/
• The Johnnys are an Ontario-based duo that deliver jet-fuelled rock’n’roll, with cheeky lyrics and anthemic choruses fired off at 220 beats per minute. Veronica’s Cree heritage is reflected in Indigenous influences on topics of the environment, social justice, and political change. Dave and Veronica Johnny (The Johnnys) have been crossing cultural boundaries by blending traditional Indigenous values and language with high voltage chords and thumping melodies. Their three independently released albums were all nominated for national music awards with the songs Time to Shine and Have a Good Time All the Time both reaching #2 on National Music Countdown radio. The Johnnys perform live as a duo and up to a full 6-piece band. Leathers and Feathers, their fourth album, is due for release on Friday, June 5, 2020.