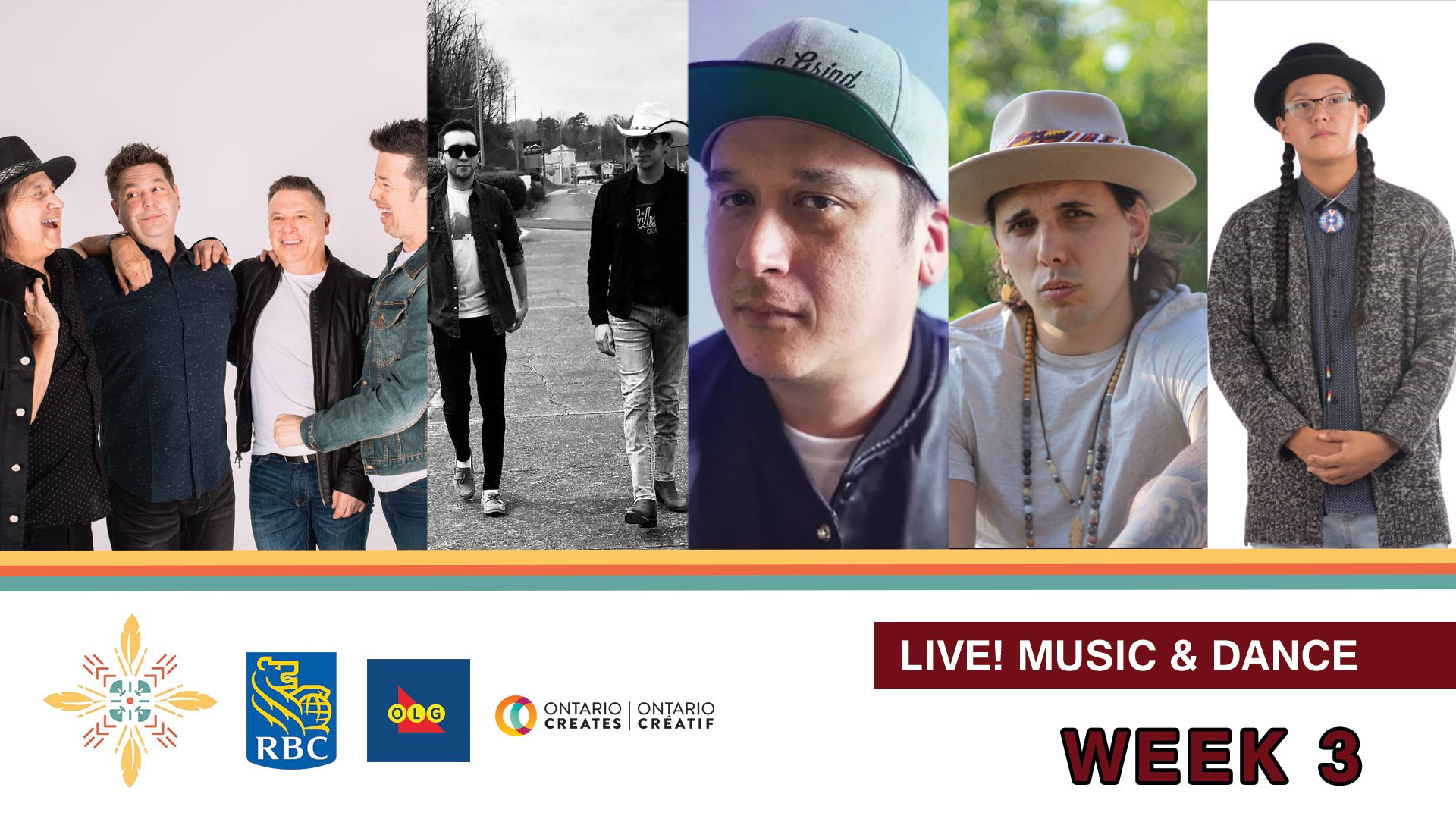 Come together and celebrate Indigenous Music, Dance and more from the safety of your home with Summer Solstice Indigenous Festival’s online musical programming with your live host Sarain Fox

FRIDAY NIGHT LINE-UP
Brothers Wilde Music
• Always chasing their dreams, Ethan and Nolan Wilde are brothers who have been playing their own unique brand of Country Fried-Roots Rock for the past 2 years and they’re beginning to pick up steam. After winning 2019 International New Country Duo of the year in Pigeon Forge Tennessee, Lead Singer Nolan and Lead Guitarist Ethan have been burning up the local music scene. From local community events to legitimate rock venues, including Sarnia’s Borderfest, Ottawa’s Westfest and recently Tkaronto Music Festival they’re quickly becoming well-known. Although their music keeps them busy they still find the time to volunteer, mentoring other youth in song-writing and, performing for schools and youth groups in surrounding communities.
​
These proud #Ojibwe men are proud of their roots and family is the most important thing to them. They always make time to be with their siblings, cousins and Nan. Their music is influenced by Tom Petty, The Brothers Osbourne, Brent Cob and their frequent collaborator… their father Garnet Wilde. A rocker himself, he has given them the traditional knowledge of living with the land combined with standing in the spotlight. Now with the writing of their upcoming album their star is burning brighter than ever.

Eagle and Hawk
• Eagle & Hawk is a Canadian indie alt-rock band based in Winnipeg, Manitoba. Bringing energy, spirit, and commitment to the stage, the band delivers catchy and infectious songs that draw in a wide demographic of Indigenous and non-Indigenous music fans. Their signature style of lyrics, hooks and melodies often peeks through the lens of Indigenous stories, voices and imagery earning them recognition across Canada. With more than 35 award wins and 75 nominations across North America, Eagle & Hawk has been a part of the country’s musical fabric for more than 20 years.

With nine studio albums released since 1998, the band has spread their message on more than 15 European tours and across Canada and the United States several times over including highlight performances at the New Orleans Jazz Fest, Summer Fest, Canada Day on Parliament Hill (Ottawa, 2012, 2015), Aboriginal Day Live, performances with the Winnipeg Symphony Orchestra as well as numerous televised appearances including the Indspire Awards (NAAA), APTN Main Stage, Canada AM and CBC The National to name a few.

SATURDAY NIGHT LINE-UP
Cody Coyote
• Cody Coyote was born on April 17th, 1992, raised in Ottawa, Ontario, Canada and is of Ojibwe/Irish descent with ancestry from Matachewan First Nation. With his fusion of strong, profound lyricism accompanied by corresponding influential sounds, this multi-award nominated and award winning Hip-Hop/Electronic artist grasps his listeners attention and delivers a mesmerizing performance. Outside of music, Cody Coyote is also a motivational speaker, workshop facilitator and is the host of “The Beat” on elmnt fm.

Theland Kicknosway
• Theland Kicknosway is #Potawatami and Cree, also a member of the Wolf Clan. He is an activist, educator, and a role model. In third grade, Theland explained through a letter, the importance of annual pow wows and why they are a great learning opportunity to his school and community. Since then his cultural price and willingness to share it only grew.

For over five years, Theland has been a leader at the KAIROS, teaching 1,500+ Indigenous and non-Indigenous people on topics such as Indigenous Youth in Canada, Indigenous Culture and History. Also offering a round dance and teachings to LGBTQ2S youth at the Canadian Centre for Gender and Sexual Diversity.

DJ NDN
• Ian Campeau, also known as Deejay NDN, is the co-founder & former member of the music group A Tribe Called Red (ATCR). Through a powerful combination of art and activism, he uses his notoriety to draw attention to issues of racism, gender based violence, stigmas of mental health, and other forms of oppression. He is Ojibwe, Anishinaabe from the Nipissing First Nation.