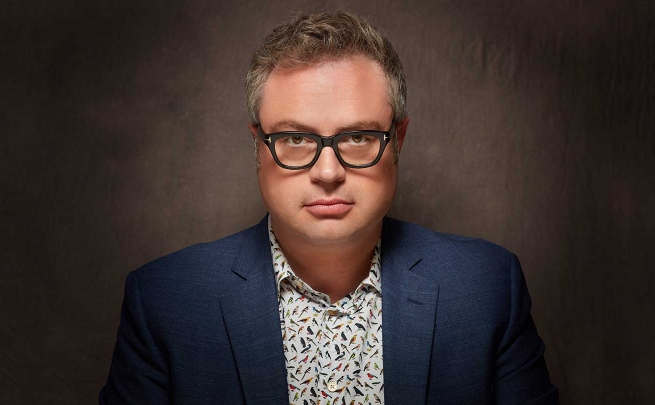 Hot on the heels of his induction in to the Canadian Music Hall of Fame alongside his ex-bandmates in Barenaked Ladies, Page returns with the most forceful musical statement of his solo music career: Discipline: Heal Thyself, Pt. II. A vital, politically charged album, Discipline tips its hat to many of Page’s influences from The Clash and David Byrne as well as a nod to the Bee Gees and the Zombies.

A digital download of Steven Page’s new album, Discipline: Heal Thyself, Part 2, is included with every ticket for this show. You will receive an email with more details about this offer approximately 7 days after your purchase.

Port Cities’ self-titled debut may be the group’s first effort together, but its members share deep, intertwining roots in the Maritime music scene. In addition to releasing three solo albums, Carleton Stone has written songs for and with everyone from Quebecois soul sensation Bobby Bazini to beloved acoustic troubadour Donovan Woods. Dylan Guthro has parlayed his own folk/RnB fusions into match-ups with Halifax hip-hop hero Classified and EDM crew Neon Dreams (whose 2015 single “High” featured Guthro alongside rap superstar Waka Flocka Flame). And Breagh MacKinnon is a jazz-schooled chanteuse whose 2012 album, Where the Days Went, was nominated for an ECMA Award; she has since lent her voice to recordings by East Coast pop icons David Myles and Ria Mae.