Rock The Rink: Tessa and Scott 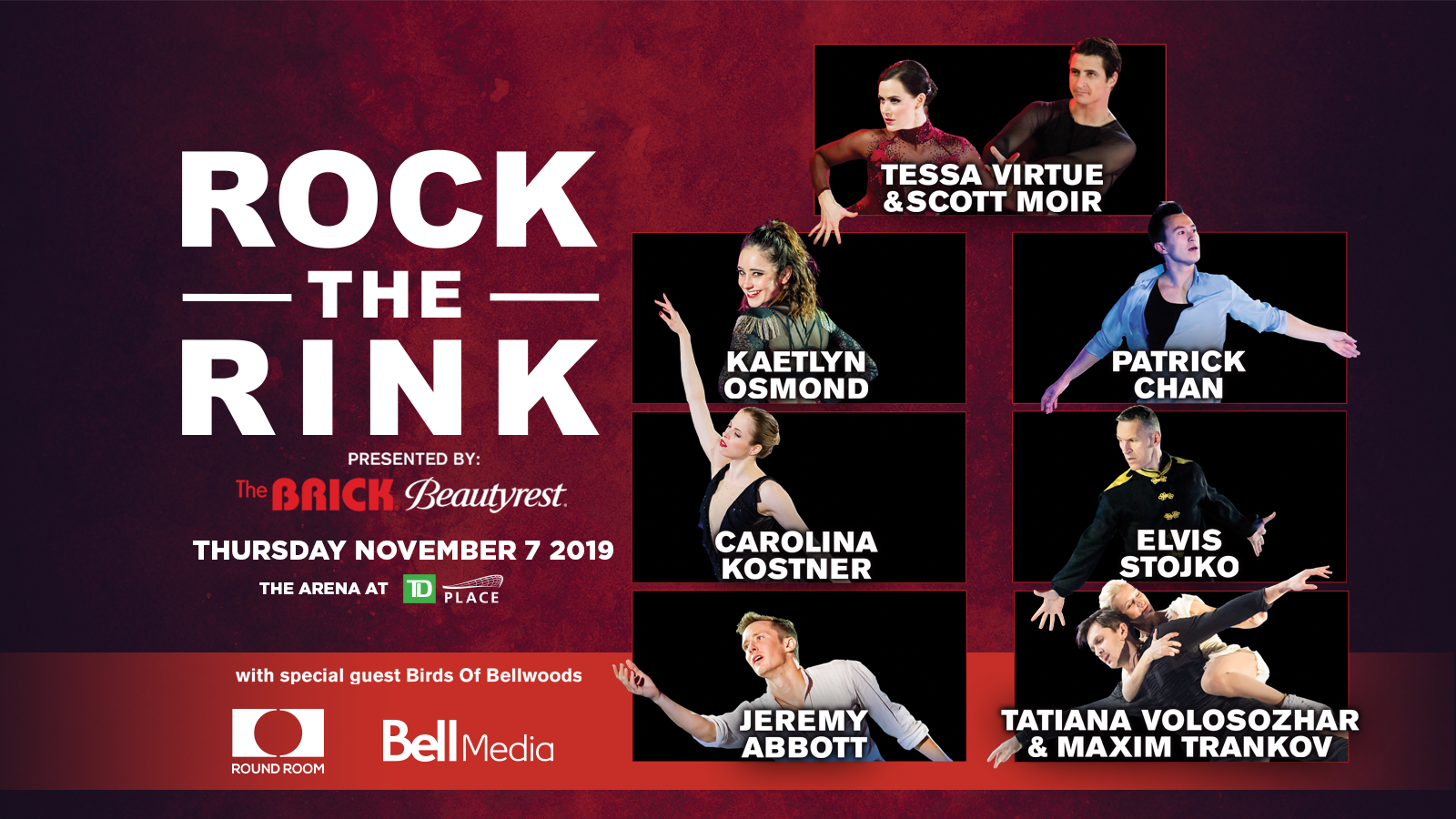 For a chance at Ottawa’s Rock The Rink pre-sale and to get all the details on upcoming shows at TD Place, sign-up to become a TD Place Insider.

ROCK THE RINK TOUR TO STOP AT THE ARENA AT TD PLACE ON NOVEMBER 7th
TICKETS ON SALE MAY 3rd
AT ROCKTHERINK.COM AND TDPLACE.CA.

OTTAWA – By the half-way point of last year’s sold out Thank You Canada tour, it was clear to figure skating superstars, Tessa Virtue, Scott Moir and Patrick Chan, that they were far from done creating and developing a new style of skating entertainment. Conversations then began in earnest to focus on the next logical step.

Virtue and Moir appeared on CTV’s Your Morning, to announce Rock The Rink – an annual tour that focuses on being more than a figure skating show. Combining the highest level of on-ice superstar talent with an ever-evolving touring production, Rock The Rink will produce the highest value of entertainment. This year – along with upgrades to lighting, video and interactive technology – live music will be introduced to the show, with featured special musical guest, Birds of Bellwoods.

“Last year, we rode the Olympic wave and carried the momentum through the Thank You Canada tour – a fulfilling project that truly allowed us to connect with fans coast to coast,” says Virtue. “This year, it’s critical that we elevate the production and generate authentic entertainment in new and creative ways. Scott and I have spent our career striving for more, taking risks, and daring ourselves to be better…our approach to this is no different.”

Adds Moir, “The goal for Rock The Rink is to be something that fans of skating and live entertainment will look forward to year after year, knowing that it will always be a can’t miss night.”

“We want to give people a memorable experience and broaden the scope of what can be done in the show skating realm,” continues Virtue. “We are ready for fresh and innovative ways to share our passion with audiences across the country!”

“I’m honoured to be a part of such a unique and innovative production,” reflects Chan. “Anyone that has followed our careers understands our dedication to creativity and entertainment. We want each and every person to be a part of an experience and not just a ‘show’. What we’re creating hasn’t been done before and I can’t wait to show it to the fans.”

The production will tour from coast-to-coast across Canada, including a stop at The Arena at TD Place in Ottawa on Thursday, November 7th, and will include a few select U.S. cities as well. The cast will again feature Canadian greats, Tessa Virtue and Scott Moir, Patrick Chan, Kaetlyn Osmond and Elvis Stojko. The show will also be bringing some world-renowned skating talent from Europe and the U.S.. Italian Olympic Medalist and World Champion, Carolina Kostner, will tour in North America for the first time, while Olympic Medalist and four-time U.S. National Champion, Jeremy Abbott, will return to Canadian touring for the first time in seven years.

Tickets will go on sale Friday, May 3 at rocktherink.com and tdplace.ca.

The cross-country tour launches Saturday, October 5 in Abbotsford, BC and will hit over 30 cities before wrapping in St. John’s, NL. The tour, which is presented by Round Room, is proud of its continued relationship with Bell Media as the official tour media sponsor.

For a complete list of tour dates and to purchase tickets, please visit rocktherink.com