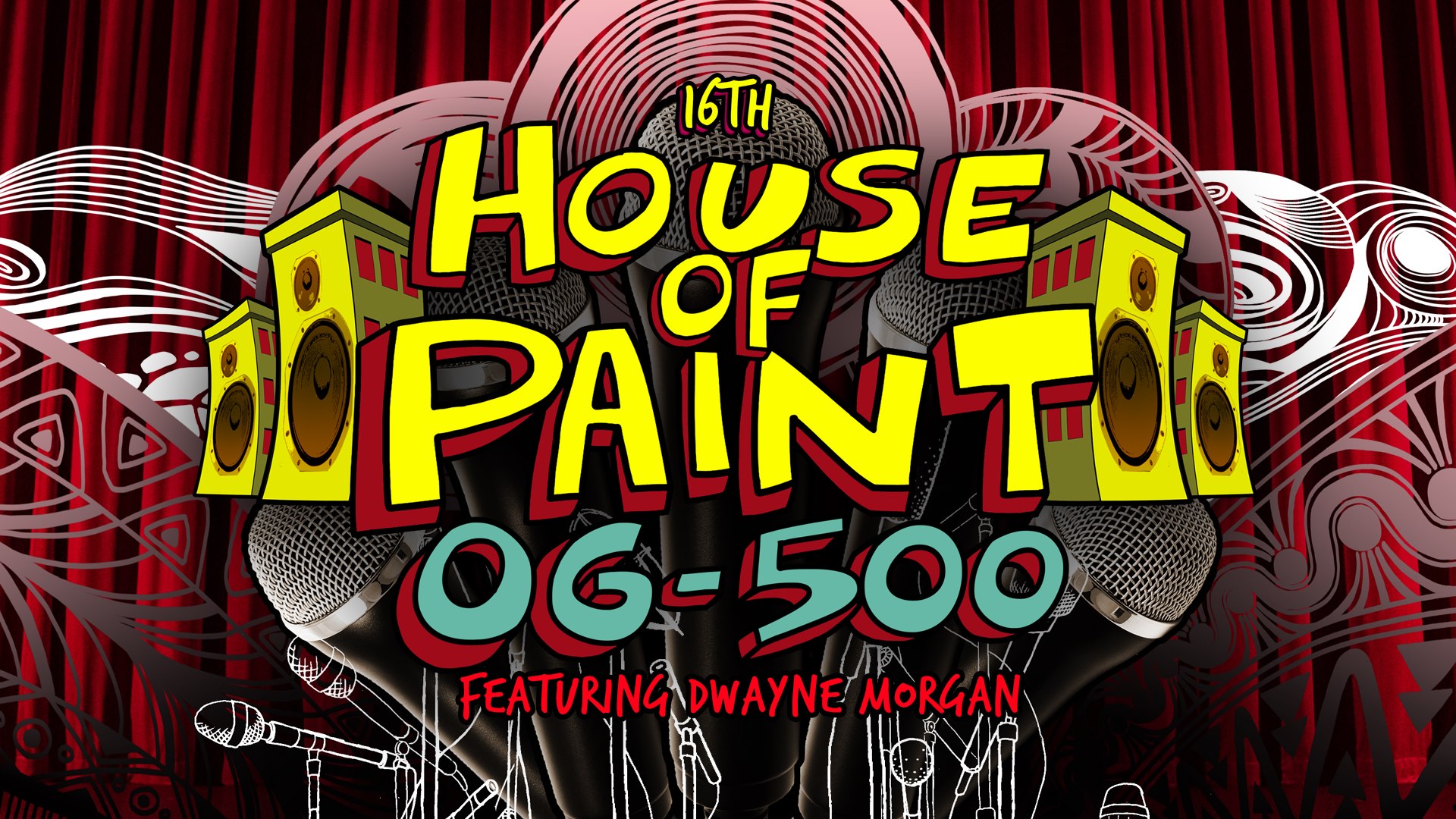 The OG500 is Ottawa’s largest annual spoken word event, bringing poetry lovers and urban storytellers across the nation’s capital to explore the spoken word and exchange in a live show of wit, verbal acrobatics and theatre.

As House of Paint’s signature opening event for the past 6 years, the show has brought in headlining acts such as Maestro Fresh Wes, D’bi Young, The Recipe, Moe Clarke, Sarah MK and the legendary grandfather of Hiphop, Jalal Nuriddin of The Last Poets. This year we are pleased to announce Toronto’s Dwayne Morgan as our headliner!

Dwayne Morgan began his career as a spoken word artist in 1993. In 1994, he founded Up From The Roots entertainment, to promote the positive artistic contributions of African Canadian and urban influenced artists.

Morgan is the 2018 winner of the Sheri-D Wilson Golden Beret award, and a 2016 finalist for the Premier’s Award for Excellence in the Arts. In 2013, Morgan was inducted in to the Scarborough Walk of Fame. Morgan is a member of the Writers Union of Canada, a 2012 Canadian Festival of Spoken Word National Poetry Slam Champion, and has received both the African Canadian Achievement Award, and the Harry Jerome Award for Excellence in the Arts.

The show consistently has reached capacity, mostly due to its competitive structure; 12 poets coming from all across Ontario and parts of Quebec compete in a three round poetry slam where the winner receives $500 cash.

To make the engagement more exciting, all guests are invited to participate in the voting process, breaking the common practice of traditional poetry slams where only 5 judges select the winner of each round.