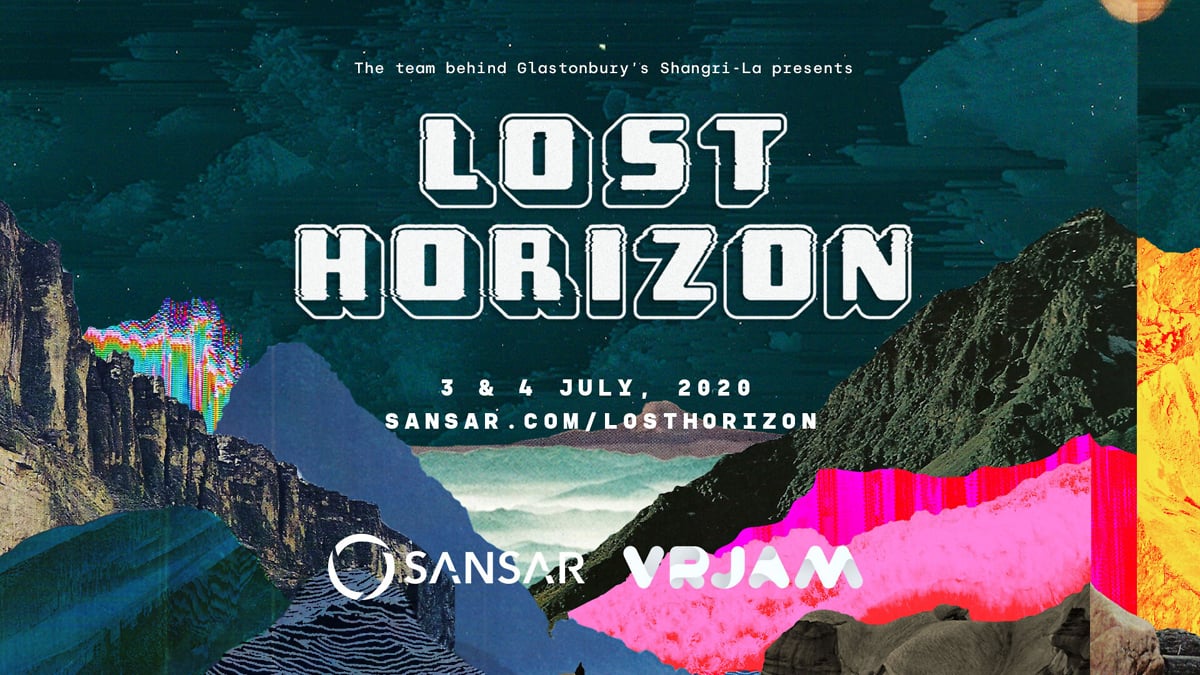 For its 11th incarnation, and in response to the pandemic affecting the planet, the team behind Glastonbury’s Shangri-La has reinvented itself once more by teaming up with VRJAM and Sansar to create the world’s largest independent music and arts festival in virtual reality, Lost Horizon.

Lost Horizon is a REAL festival in a virtual world. A fully interactive and multi-stage event to explore via PC, VR or mobile app or streamed live and direct to wherever you are on the planet via Beatport and Twitch.

The free festival features an interstellar line up of superstar DJs, underground acts and visual artists, raising money for The Big Issue and Amnesty International, and there will be opportunities to support and donate throughout the weekend and beyond.