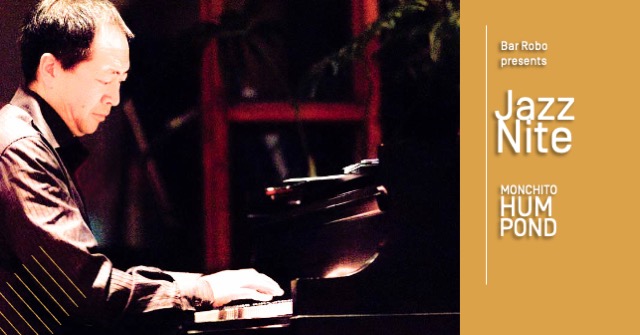 Join Ottawa pianist Peter Hum and his trio for three sets of his acclaimed compositions and jazz standards.
Born and raised in Ottawa, Peter has been a mainstay of the city’s jazz community for three decades. During the course of his musical career, the self-taught jazzman has performed with such Canadian greats as guitarists Sonny Greenwich and Reg Schwager and saxophonist Pat Labarbera. Peter has released three albums of original modern mainstream jazz, supported by grants from the City of Ottawa and Ontario Arts Council. His latest recording, Ordinary Heroes, received a prized four-star review in Downbeat magazine in the summer of 2020. In March 2020, Peter toured with his sextet thanks to grants from the Ontario Arts Council and Canada Council. The tour, cut short by the pandemic, is to resume in January 2022 with concerts in Atlantic Canada. Outside of music, Peter has been a journalist with the Ottawa Citizen, his hometown newspaper, since 1990.
Joining Peter at Bar Robo will be bassist Chris Pond and drummer Jose Monchito Hernandez Garcia, young up-and-comers on Ottawa’s music scene who bring the vitality of a new musical generation to their jazz performances.
Share
Tweet
Pin
0 Shares
+ Google Calendar+ iCal Export