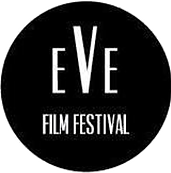 Segment #6 – Short Films: The Lighter Side

After Marcy Martens suffers a horrible miscarriage, she is plagued with daily reminders that keep her bound to her solitude. One night, she discovers a strange alien egg buried in her backyard. She brings it inside, apprehensive at first, but begins to form a motherly bond with it. Marcy must now decide if she’s really ready to move on from her loss and take care of this bizarre little creature.

Frankie, 16 years old and 6 months pregnant, meets with her two closest friends to figure out how to ditch the gender-reveal party her mother is throwing. In denial of her pregnancy and convinced she remains the alpha of the team, her world starts to crumble as she realizes her teenage years are disappearing and the perception she has of the world is just fantasy.

Brian and Rita win a voucher for a free pre-birth screening that will detect the child’s future tendencies and traits. But when they take up the offer, how reliable are the strange clinicians and their alarming prognostications.

In this dark comedy, a cat burglar’s plans to steal from a football manager’s house are derailed, when he encounters the owner’s sobbing ex-wife in one of the bedrooms.

This is the story of a hard-working family in an Israeli suburb in the seventies. Each parent uses their kids to their advantage while giving them responsibilities they cannot hold. The kids try to imitate their parent’s behavior in order to survive. We follow the family’s reality from the kids’ point of view, the lays and manipulation of the adults, the messages thy deliver to their children, those that will make them how they are.

Instead of getting engaged, Paul gets dumped. With nothing left to lose and his heart on the line, he jumps headfirst into the all-too-predictable world of online dating.

A comedic short film about a Filipina-Canadian girl who defies her mother’s warning that she will turn into a boy if she plays basketball. (Spoiler Alert: She doesn’t!)

Lilah and Dan, two film students, go for drinks after their second dinner date. Dan’s remarks and his conversation with his friend, the bartender, become increasingly condescending and vaguely misogynistic. Lilah offers, as a rebuke, her inspired reenactment of the climactic scene from a classic French movie about a silenced young woman.

“We decided to get the band in front of the camera really quick so I threw every piece of sports equipment I had in a car and drove through the night to get to Windsor. Was really stoked to work with Partner who are some great women doing fun things in music and wrestle around in sports and comedy. Women really do not get nearly enough screen time in sports and it’s a total sexist shame – here’s to the future of increased representation for all folks left off screen.”