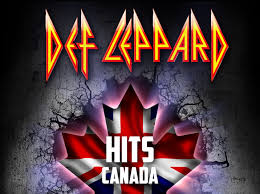 Legendary British rock and roll icons Def Leppard have announced a Canadian summer tour that will kick off in Halifax on July 12 and stop in Ottawa and Richcraft Live at Canadian Tire Centre on July 19.

Tickets can be purchased by visiting www.Ticketmaster.ca,www.canadiantirecentre.com, by phone at 1-877-788-FANS (3267), in person at The Sens Store at Carlingwood Mall, Place d’Orléans and in the ByWard Market or at the Canadian Tire Centre box office. The Canadian Tire Centre box office does not sell tickets in-person on the first day of sales, Ottawa Senators hockey excluded.

Following a close of their historic 2018 co-headline stadium and arena run in North America, Def Leppard sold a staggering one million tickets and the tour grossed over $100 million, a massive feat in today’s touring world. As always, the group keeps pushing forward with their electrifying live shows that have transcended the test of time.