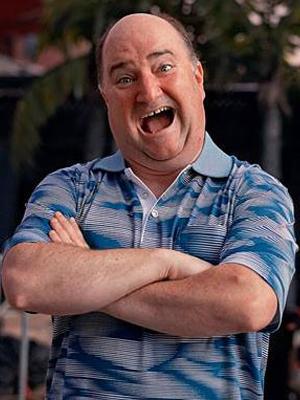 XXX RATED!   Darren thrives on hyper-driving criticisms, dark revelation and lunacy. His ability to command the undivided attention of an audience is remarkable. He is currently touring celebrating the release of his 6th official comedy release RankNVile recorded live in October 2018.  He is the only comedian in Canada to independently release four full length standup comedy DVD’s and 2 CD’s, all of which are available in his comedy box set The Darkness Within: 25 hours of Uncensored Comedy . Most recently he appeared in the 2018 Halloween special of Murdoch Mysteries and worked with Nicolas Cage in the movie Pay The Ghost.  Darren was also part of the cast of the hit CBC show Mr. D playing the new addition of angry French teacher Norm.  He also had appearances on  Lost Girl, Strombo and the  CBC Debaters.  For three years he was the host of the popular weekly Sirius XM radio show Anything Goes which was nominated two years in a row for a Canadian Comedy Award.
READ FULL BIO
Share
Tweet
Pin
0 Shares
+ Google Calendar+ iCal Export