Colonel By Classic (Ravens Vs. Gee-Gees) 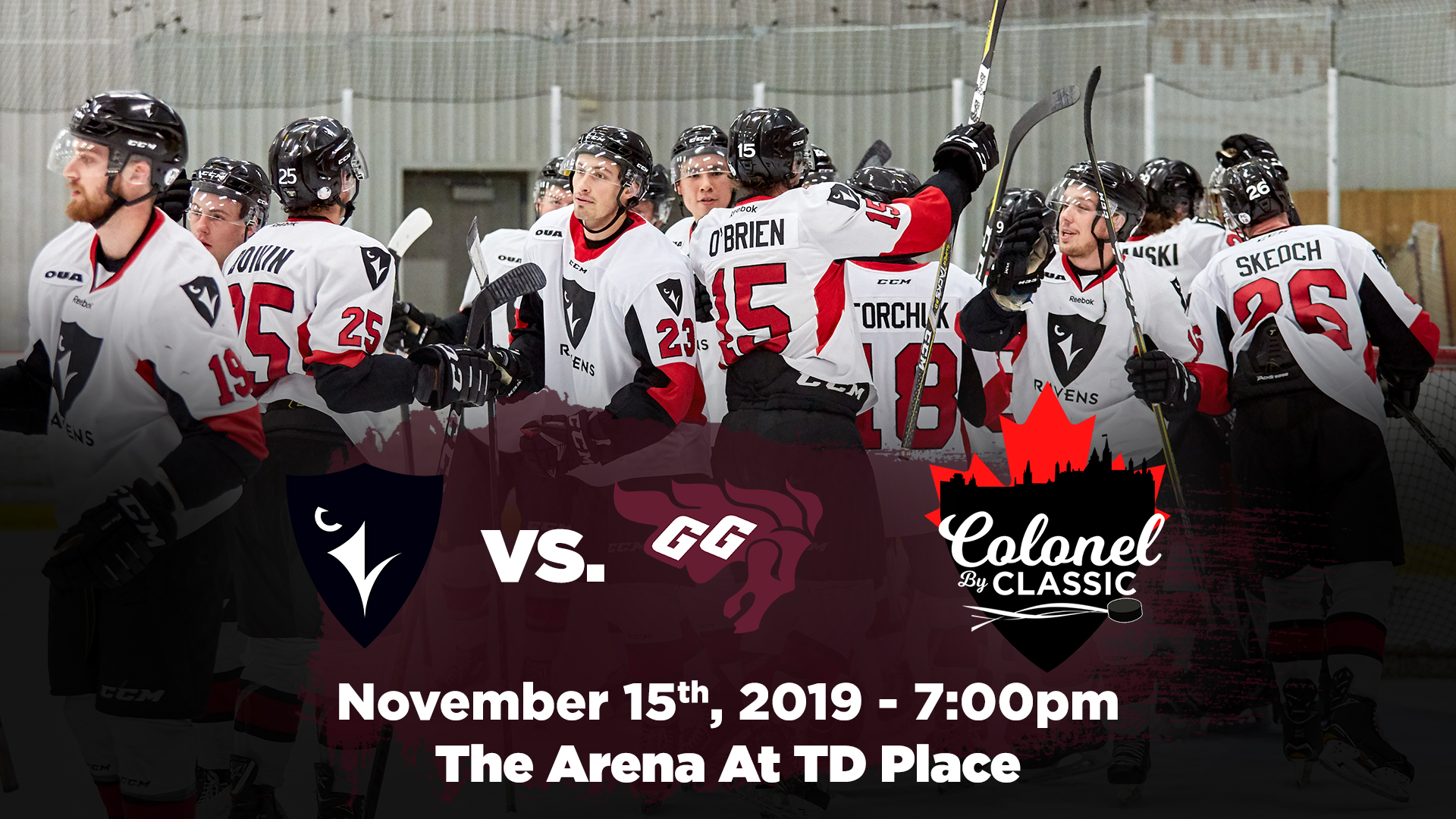 Ravens and Gee-Gees square off in Colonel By Classic

OTTAWA, Ontario – University hockey bragging rights are on the line once again as the 4th annual Colonel By Classic returns to TD Place. The Carleton Ravens will face off with the uOttawa Gee-Gees in the men’s hockey cross-town rivalry event on Friday, November 15 at 7pm.

The Colonel By Classic flag, awarded to the winner of the annual game, currently hangs in the Carleton Ice House after their 2018-19 win. The Ravens staged a dramatic comeback with a tying goal in the late stages of the game and went on to win in a shootout.