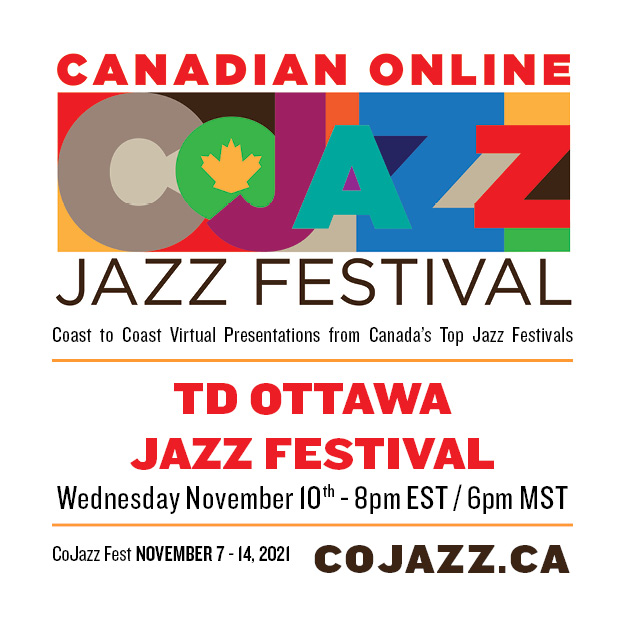 The Canadian Online Jazz Festival is back for its second edition this November featuring festivals from across Canada. COJAZZ strives to show the diverse array of music and musicians from coast-to-coast across this great nation!
We are delighted to present our contribution to COJAZZ for this year. Roddy Ellias on guitar and Jean-Michel Pilc on piano. Two master improvisers meet to perform a completely improvised set of music filled with mastery of instruments and layers of musical experiences. With twists and turns and unspoken themes, Ellias and Pilc take us on a journey of an improvised story.
Jean-Michel Pilc performs magic as an improvising soloist, and as a leader of jazz trios. During his Improvisation Workshop Project (IWP), he shares the art of improvisation with musicians of all improvisatory backgrounds in a collaborative, enchanting process. An active solo performer, who’s appeared in concerts internationally, Jean-Michel has released four critically-acclaimed solo piano records, recently joining the roster of Justin Time Records. His latest release, in March 2021, is an EP compiled from singles to be released throughout the 2020-21 season.
Guitarist and composer Roddy Ellias combines a deep relationship with both classical music and jazz in his composition, improvisations and interpretations of jazz standards. He’s performed and/or recorded with numerous jazz giants including Lee Konitz, Tom Harrel, Joel Frahm, and David Liebman, and has toured with his own projects throughout Canada and the United States. His latest CDs, Sticks and Stones and Monday’s Dream have both received glowing reviews from highly respected publications Including Downbeat Magazine, Just Jazz Guitar, All About Jazz, Sound/Stage Xperience, the CBC, and The Ottawa Citizen. In 2013, Roddy was the only Canadian recipient of the Jazz Journalists of America Jazz Hero Award.
Share
Tweet
Pin
0 Shares
+ Google Calendar+ iCal Export