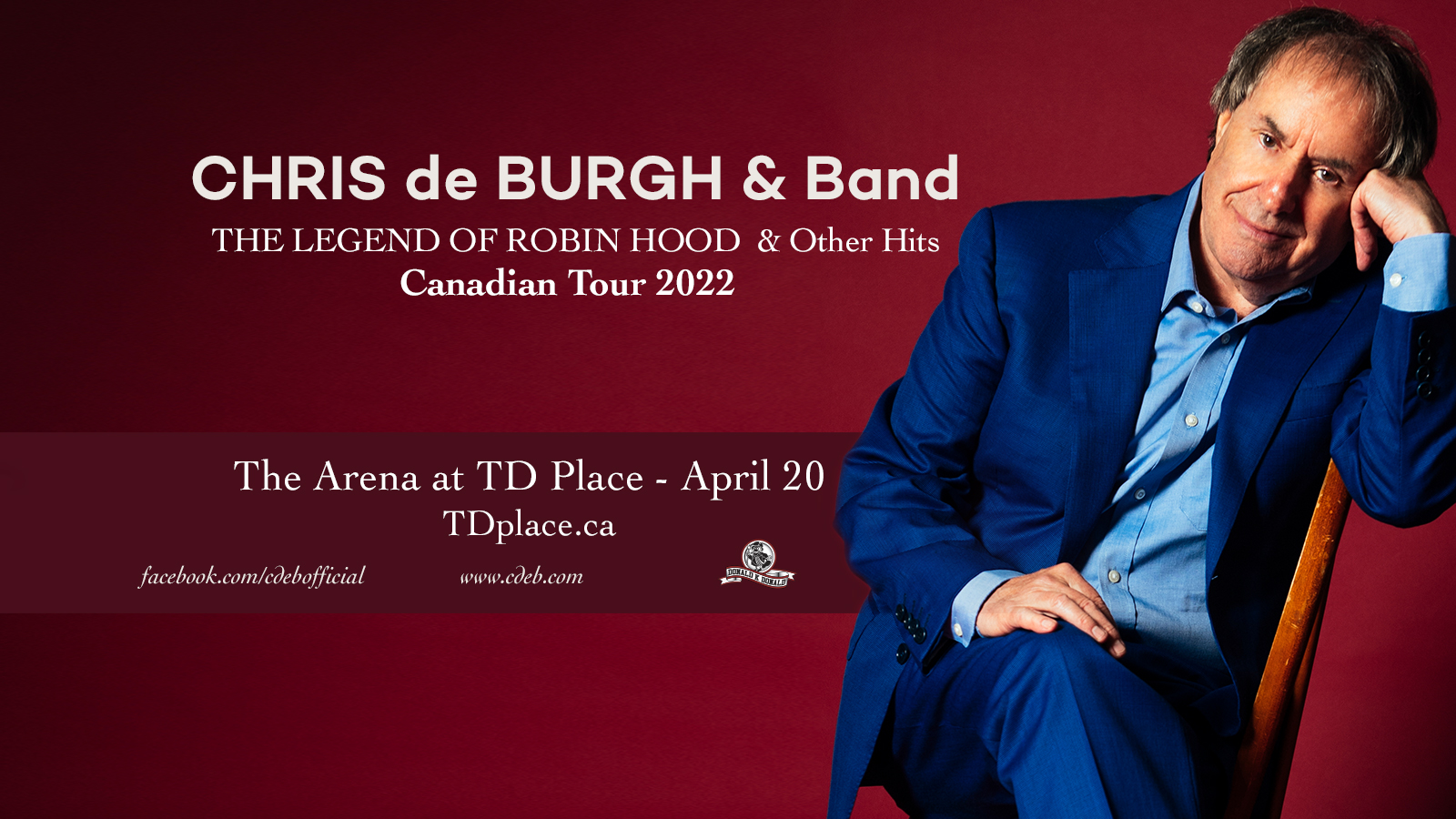 Worldwide hit maker, Chris de Burgh is excited to once again return to Canada for his The Legend of Robin Hood and Other Hits Tour, which stops in Ottawa on April 20.

Fans can expect to hear a selection of songs from his brand new album The Legend of Robin Hood plus Moonfleet, Into The Light, Spanish Train and many other classic hits from an international career that spans 50 years. Chris De Burgh has always had a very special relationship with Canada, “It was one of the first countries that really embraced my music, and the atmosphere of playing there is just electrifying. My music goes back a very long way there … the beautiful, wide open nation – and its wonderful people. We can’t wait to see you in the spring!”

De Burgh’s most iconic single, the chart topping The Lady in Red, remains to this day one of the most played songs on the planet and reached the #1 position in 47 countries. Out of his repertoire of more than 280 songs, De Burgh’s other classic songs are staples on the radio: Don’t Pay the Ferryman, Spanish Train, Patricia the Stripper, High on Emotion and A Spaceman Came Traveling speak to a generation of music lovers, who have rewarded him with sales of 50 million albums and sold-out performances worldwide.

Chris de Burgh’s 27th studio album released this past September, The Legend of Robin Hood, re-imagines the fabled tale of a folklore favourite. The concept emerged from his involvement in Robin Hood, a stage musical about the infamous Sherwood Forest nobleman and his band of outlaws. Chris was invited to contribute storylines and melodies to the musical, which will be produced later in the year in Fulda, Germany, by Spotlight Productions. The compelling result breathes music and lyrical life into a centuries-old and much-loved classic. It has the romance and magic of a minstrel entertaining and enlightening the listener, and that is precisely what has made Chris so unique and peerless throughout his long career. Produced by Donald K.