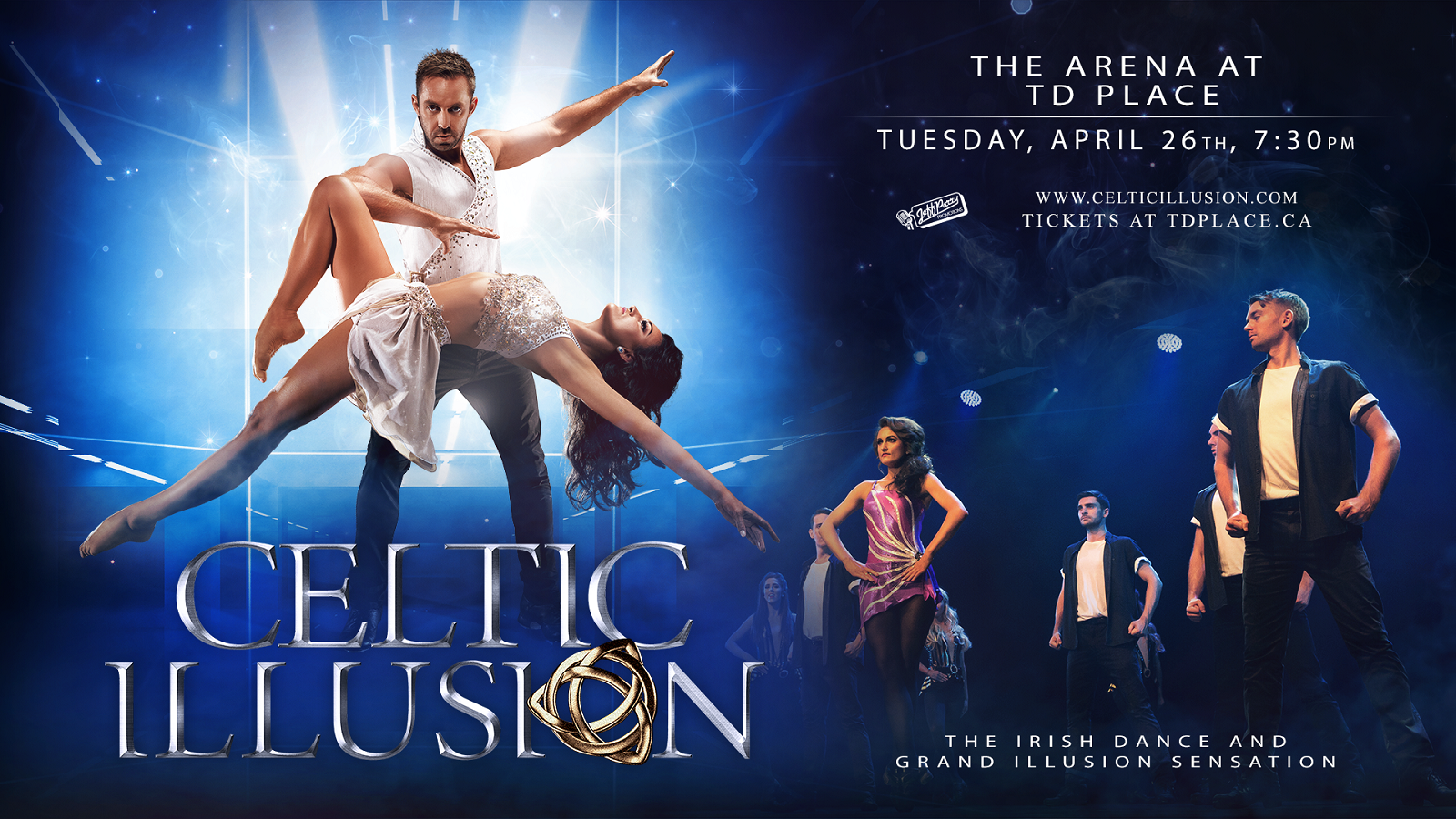 Celtic Illusion, the modern Irish dance and magic stage show, created, choreographed, and starring Anthony Street (Lord of the Dance), will bring its North American Tour to The Arena at TD Place on Tuesday, April 26.

Fusing contemporary Irish Dance with magic and grand illusions, Celtic Illusion features a cast of champion and internationally acclaimed dancers, including performers from both Riverdance and Lord of the Dance. Displaying some of the fastest taps in the world, the dancers’ thunderous rhythm fills the stage in perfect unison. Celtic Illusion is led by Australia’s Anthony Street, the first Australian to perform leading roles in Michael Flatley’s widely-acclaimed Lord of the Dance, including the very role that Michael Flatley originally performed himself.

Since its premiere in 2011, Celtic Illusion has played to sold-out audiences across Australia and recently completely sold out a tour in Canada.

Celtic Illusion features a new soundtrack composed by a team made up of Angela Little (co-composer of Baz Luhrman’s film Australia), Steve Skinner (arranger and producer for artists such as Celine Dion, Stevie Wonder and the Broadway musical Rent), and Michael Londra (Emmy® nominated singer and producer).

“We are excited to, once again, share this beautiful show with audiences as we embark on our 2022 tour, and it’s just the tonic necessary after the past two years.” said Annerin producer Jeff Parry. “We have been humbled that Celtic Illusion has really connected with people, leading to sold out houses and rapturous standing ovations, and we look forward to coming to a city near you.”