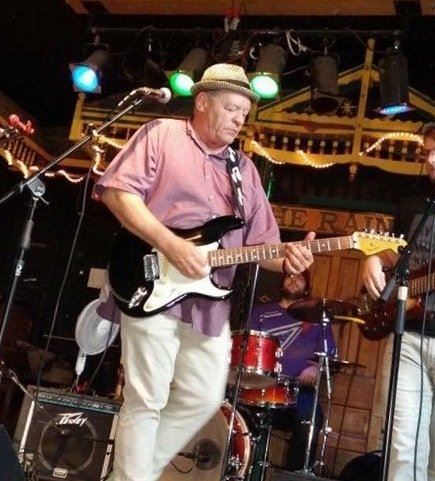 Jim Cochrane has been performing for over 20 years. He has played the smallest of venues like house parties to the biggest of venues like opening up for big names such as April Wine. Jim is a singer/songwriter/producer releasing his first CD “Busted” in 1998 and is currently in the midst of producing a new CD.

He has played the bar circuit in Ottawa and throughout Ontario and Quebec and toured throughout Northern and Western Canada. Jim moved to Atlantic Canada and has been performing in and around Nova Scotia for the past ten years. Jim has performed over 4000 shows during his career.He has a variety of material from “Rock-A Billy 50’s, 60’s, 70’s right up to current classic rock and country” to “Smokey Blues” as well as many originals.

He always keeps the audience entertained and is never short of their attention. With his quick wit and his confident stage presence he is a “True Entertainer” and not just a mere guitar player. He engages well with any audience and provides a personal “feel” to his show.

We highly encourage you to buy your ticket(s) in advance. We also encourage you to prganize your group so that we know before you get there how many people will be at your table.
Cash is still accepted at the door.