This summer, a diverse range of emerging and established Canadian artists and bands—including Sam Roberts Band, Marie-Mai, Patrick Watson, and Tim Hicks—will perform live concerts at the Place des Festivals, Zibi site. People will be able to drive in and watch live performances from their vehicles, respecting distancing measures in place at that time.

June 18, 2020 – OTTAWA (Canada) – The National Arts Centre and RBC Bluesfest are coming together to present #CanadaPerforms at RBC Bluesfest Drive-In, a summer weekend series of live concerts, where people will drive, park, and watch from their individual dedicated space. 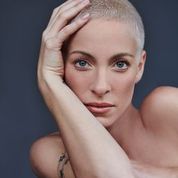 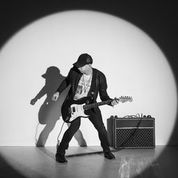 #CanadaPerforms at RBC Bluesfest Drive-In concerts will take place at Zibi and respectfully honour this site of great importance to the Algonquin Anishinabe and Indigenous peoples. Algonquin protocols, culture and artists will be part of the experience on site. 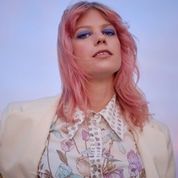 “The NAC is thrilled to be presenting #CanadaPerforms at RBC Bluesfest Drive-In. We will dedicate a space to celebrate and honour Indigenous culture and talent, in particular from the Algonquin Nation. As the NAC wants to help the performing arts sector through its recovery, we are also glad to work with Facebook Canada to livestream these artists across the country,” said Heather Gibson, the NAC’s Executive Producer of Popular Music and Variety, and lead programmer for #CanadaPerforms.

“So proud to support #CanadaPerforms at RBC Bluesfest Drive-In to create a new experience for music lovers in Ottawa-Gatineau and all across the country, thanks to a partnership with the National Arts Centre and Facebook Canada,” said Marjolaine Hudon, Regional President for RBC. “It will be an exciting showcase of Indigenous and up and coming talent, presented in an iconic location. It’s just one way RBC is helping bring the arts to Canadians and supporting the music industry.”

“Over the years, the Team Behind Bluesfest has had the pleasure of working with the NAC on a number of collaborative initiatives, and I believe it’s safe to say this is one of the most innovative and exciting projects, yet,” said Mark Monahan, RBC Bluesfest’s Executive/Artistic Director. “Given the disappointment brought about by this year’s cancelation of our event, we felt it was essential to come up with a safe, alternative live music experience for music fans in Ottawa, Gatineau, and beyond—this partnership gives us that opportunity. We’re confident that #CanadaPerforms at RBC Bluesfest Drive-In will become a ‘must-attend’ event in Ottawa, for the summer of 2020.”