G’day everyone! Sorry I’m a little late today, but it’s been a rough weekend and I’m running late on pretty much everything. Anyone with a new baby will understand, I think. The Covert Baby turned one month old on Sunday, so we had a huge birthday party with pony rides and a mini fair in the backyard….at least that’s what it felt like. In reality, it was our cats, and the patio furniture on the deck. We still loved the warm sun though; it was a nice break. I’m so tired though, again, any new parents can probably understand. I think I just rolled through 30 hours with no sleep. As I’m being told though, “it will only get better.” 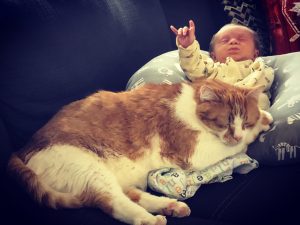 As a side note, I am considering captioning this photo as a meme with “Joe Exotic’s First Days” but I think that may insult my little guy.

I’ve lost count of how many weeks of isolation we’re at, I think it’s 8 or 9, but at this point, does it really matter? We are all trying to adapt as best as we can, and the doom and gloom predictions are having a bit of a sunnier outlook now with Ottawa being “past the peak,” and things starting to slowly re-open.

Today in Ontario, there was a list of new business that could re-open, and although it doesn’t make too much difference to Joe Consumer, it does offer more employment opportunities to people who are looking for work, so that’s good news. In case you missed it, here’s what’s reopened as of today:

Personally, I’m happy to see golf course prep on there….I see that as being an activity that would be easy to physically distance one’s self while enjoying. Probably no beer carts though. 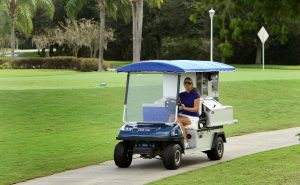 Another bit of a bright light in the distance is that the NHL season is showing possible signs of life. Here’s the latest official announcement from the league: 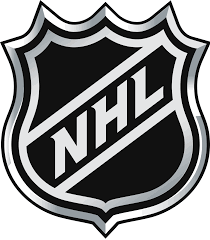 FOR IMMEDIATE RELEASE NEW YORK/TORONTO (April 29, 2020) – Following the NHL/NHLPA Return to Play Committee’s meeting today, and in line with guidance provided by medical experts and national and local authorities, the NHLPA and the NHL issued the following statement regarding the continuing pause in the 2019-20 season: Despite numerous reports and speculation over the last several days, the NHL and the NHLPA have not made any decisions or set a timeline for possible return to play scenarios. Given recent developments in some NHL Clubs’ local communities, we are now looking ahead to a Phase 2 of the transition period that would follow the currently recommended Phase 1 period of “self-quarantine” by Players and Hockey Staff.

The precise date of transition to Phase 2, during which Players might return to small group activities in NHL Club training facilities, remains undetermined. However, provided that conditions continue to trend favorably – and, subject to potential competitive concerns as between disparately situated markets – we believe we may be able to move to Phase 2 at some point in the mid-to-later portion of May. Specific guidelines governing Player and Hockey Staff activity would be provided at that time. In the meantime, we expect Players and Hockey Staff to continue to adhere to the recommended guidelines put in place when the season was paused on March 12. The Return to Play Committee will continue to meet regularly.

So, do the Sens make an enormous come-back and win it all?

I’m sure you’ve all heard by now that Bluesfest has been cancelled for the year. It’s really sad for everyone involved and all the attendees, but I don’t think it’s taken anyone by surprise. You can read the full announcement with all the details from Mark Monahan by clicking here. I had a great comment on my website announcement post from one of my readers that shows that not everyone is upset by the announcement:

“yay! at least there will be less savages peeing on other peoples back yards.” – Frank

I assume he’s a downtown resident who moved downtown before he realized that it means there are downtown-type events.

The good news, though, is that Bluesfest has already made plans for 2021 and some of the major names that have already confirmed for next summer include Rage Against the Machine and our hometown celeb, Alanis Morissette. 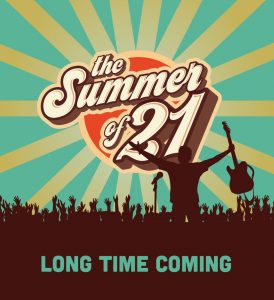 Good news on the festival front. The annual Boochfest has an online festival starting on Sunday of this week, and will run for an hour each day for all of next week! All the details are on the Virtual Events Calendar!

Have a great week everyone! Let’s all celebrate (at home!) Star Wars Day today, and Cinco de Mayo tomorrow. Cheers, and stay healthy!