Happy Monday!!! I hope everyone had a great weekend! I also hope everyone is ready for a short work week this week with Easter Weekend upon us. Since it’s a holiday weekend, you’re not going to find any long running trade shows going on this weekend, but the week is still packed with activities, particularly lots of concerts! 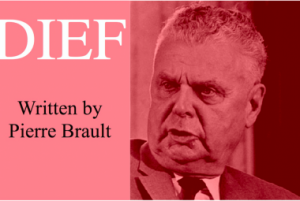 In addition to all these concerts, there are other shows going on around the city of different types. Dief the Chief starts on the 15th with a “pay what you can” show, and runs until the 20th at The Gladstone. This historical story is about John Diefenbaker and his reaction to the famous letter from JFK regarding the rising threat of thermonuclear war. On Wednesday, at the Shaw Centre, you can find Kevin O’Leary from Shark Tank who will be hosting a live event on how to build your wealth. 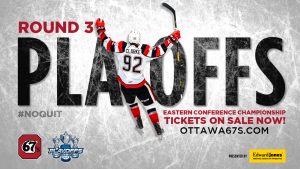 In sports this week aside from the NHL playoffs on TV, the NBA playoffs on TV, and the Blue Jays on TV, you can catch some LIVE playoff action at TD Place while the (playoff) undefeated Ottawa 67’s enter round three with Game #1 on Thursday night and Game #2 on Saturday afternoon. As of the time of writing this post, the opposition hasn’t been determined, it’ll either be the Oshawa Generals, or the Niagara IceDogs.

I only have one event planned for this week so far. Wednesday night, I’ll be attending eSAX: The Entrepreneur Social Advantage Experience. This is an amazing event to spend some time with some of Ottawa’s top entrepreneurial minds. Load up on your business cards and come on out to the Horticulture building for the SPEED-eSAX themed event. Details on the event web site. 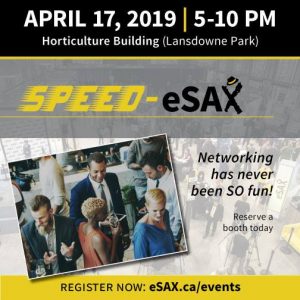 There is a great event coming up on May 18th that was announced last week. “Let’s Party with the PepTides” is happening at the Ottawa Art Gallery in support of Ottawa Salus. The PepTides is a nine-member band with a distinctive larger-than-life pop sound. The five vocalists and four instrumentalists draw on eclectic influences, with elements of funk, soul, gospel, folk, Latin and new wave. In 2017, the band was featured on the cover of Ottawa Life Magazine as “Ottawa’s Best Band.” Most recently, they won Ottawa’s Jim Beam Indies, and we wish them the very best as they advance to the Canadian Independent Music Awards on May 11! Proceeds from this fabulous evening will support Ottawa Salus and the life-changing housing and support services for people living with severe mental illness in our community.