Another week finished up and almost another month too! Half the winter is pretty much over!!! Well, kinda. It was a wintery past couple weeks, but from what I saw, that didn’t keep people hiding at home, we were all out and about despite the weather! This coming week is no different with lots of really fun events of all types.

Theatre is strong this week again with many different options around town. The Gladstone is kicking off two weeks of a double bill with “Weird: The Witches of Macbeth” followed by “#faustus” playing each night from Wednesday onwards. The Wedding Party is playing at the NAC for two weeks, and Sock ‘n’ Buskin Theatre has a two-weekend run of “The Mousetrap.” 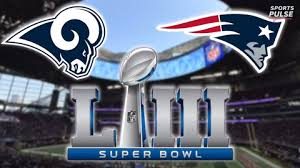 It’s an important sports week!!! Not so much the hockey though. The Senators come off their all-star game rest with a home game Saturday vs the Detroit Red Wings, and the 67’s have three home games: Wednesday vs. Kingston Frontenacs, Friday vs. the Guelph Storm, and Saturday, the Niagara Ice Dogs. But the most anticipated event of the weekend is Beer/Nacho/Chicken Wing and Chili Day!!! Otherwise known as Superbowl LIII (I think that means 53). The teams this year are Tom Brady vs. NOT Tom Brady. I was considering doing a post to highlight which bars in Ottawa will have the game playing but it seems kinda ridiculous to post “everywhere” in a special listing, so I’ll just leave it here as that. If you can’t find a bar that has the game on, you’re not looking. I for one will be watching the game, probably at home! House party anyone?

On another theme, anyone remember Panjabi MC?? They had a hit song (one) with Jay-Z several years ago…. (https://www.youtube.com/watch?v=7TcD_IeMdG4 ) well they’re not dead!! They’re playing live at the Algonquin Commons Theatre Monday night. I’m excited to see that, I’m not yet sure if I’ll go or not (last minute decision) but either way, it’s cool that they’re still around! Also live this week, Tuesday night, you can catch Dan Mangan, also at the Algonquin Commons Theatre, Ambush Friday and Saturday at the Rideau Carleton Raceway, and Coeur de Pirate on Friday at the Bronson Centre.

Winterlude activities are starting up featuring the Icecade on Sparks street, and the Red Bull Power 5 tournament on the canal. Look for way more Winterlude activities in the few weeks to come. OH….and how did I leave this out until now??!! It’s La Poutine week starting on Friday. Beavertails in the Tanger Outlets has created a Poutine Beaver Tail and is serving it for a week in the competition. It sounds disgusting…deliciously disgusting!

I did a search to find a great picture of a poutine beavertail, and I have to give a shout out to @mtlblog for putting together this great article (Plus I’m using their picture) 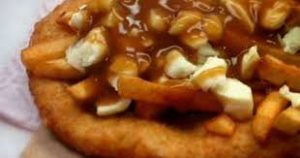 There are plenty of other events all week all around the city. Just have a look at my calendar:

Monday night, I’m considering going to the Panjabi MC concert, but it’ll be a last-minute decision. Wednesday, I’ll be taking in the opening night double bill of “Weird: The Witches of Macbeth”, and “#faustus” at the Gladstone. Saturday, I’m heading to the west end to get a poutine beavertail….I mean really, why not? And I’ll probably stop in at the Mexican Winter Market (oxymoron??) while in the area. Sunday, I’ve got the February edition of the Sports Card and Comic show at the Jim Durrell Centre.

Last week, I attended the Bluesfest Community open house where they sought (I had to think of the past tense of “seek” for a minute….I wanted to write “suck” but that didn’t seem right) advice and suggestions from community members. If you’re interested to see how that night played out, you can read my post by clicking here.

Another Bluesefest-esque story: a new festival was announced by the management team of Bluesefest and Cityfolk. Taking place as part of the Winterlude festivities, the “Come See and Hear the World” festival takes place for two days at various locations centred around TD Place. There are some really fun bands in the line up. Shout out to BLAKDENIM for being included!! Have a look at the media announcement for the full line up by clicking here!