“When darkness falls, the museum comes to life!” 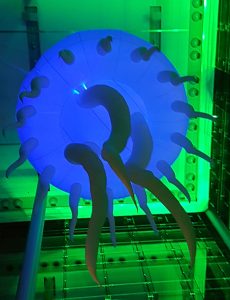 I had the privilege of attending this iconic monthly party this past Friday night, and what an amazing night!! Perhaps you’ve attended these in the past, but if you haven’t, it truly is an incredible experience and a do-not-miss event for Ottawa. Nature Nocturne is held on the last Friday of every month at the Museum of Nature. They open four floors of the museum, including some of the most popular exhibits (this month they opened the butterfly exhibit and the famous dinosaur bones exhibit!) Sponsors of this month’s event included TD Bank as the primary sponsor, along with Beaus All Natural Brewing, Jump 106.9 as the Radio sponsor, and Gourmet Cuisine as the caterer. Altogether, this made for a great evening! Each month, there’s a different theme for the party, and November’s theme was “Get your Glow On!” Partnered with the legendary Glow Fair and the Bank Street BIA, there were so many activities to do, like the silent disco, and Glow Yoga led by the one and only Nigel Walker. The Glow Fair loaned many of their artificial light-up trees to maximize the décor for the glow theme. Patrons were encouraged to dress in 80’s colourful work-out attire and to rock big 80’s hair (like the mother from Goldbergs) and even a fanny pack! 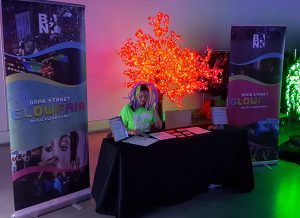 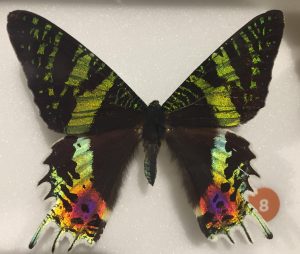 We arrived early for the party and were able to catch a peak at some of the highlights of the evening before it got too crowded. It was a nice atmosphere, and I highly recommend arriving for 8pm (opening), especially if it’s your first time attending. There are plenty of different rooms on different floors, with various activities in each. I suggest taking some time to roam around and get the lay of the land right away, and to make decisions from there on where to go for the rest of the night. We spent some time in the butterfly exhibit, the insect exhibit and the “lab” for a presentation. Some of the creepy-crawlers that they had there were the stuff of nightmares, but such cool looking creatures!! I was only comfortable with these knowing that there was a thick piece of glass between me and some of these monsters. Eeek!! 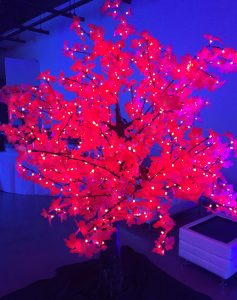 While in the party rooms, I counted four different areas to listen to music and dance, so if you don’t like the music selection of one DJ, you can move on to another. The DJs however, were all fantastic, including the room with the silent beats and multiple channels to listen to. If you wanted to change venues, each room offered plenty of space to dance, despite the thousands of people in attendance. Another observation I made is that you’ll never go thirsty there! With multiple bars on each floor and seemingly around every corner, there’s always a bartender ready to mix you up something to your liking. With so many options, line ups are a thing of the past! Drinks range from $6.50 to $9 each depending on your poison, so definitely in line with standard bar pricing. If you’re familiar with my previous reviews, you’ll know that I often write from my stomach, and this is review is no different. 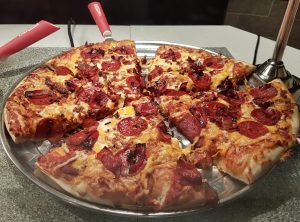 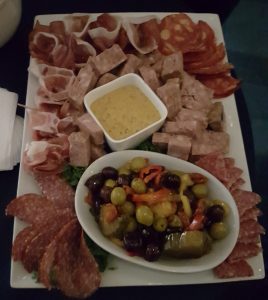 We had a chacuterie board and a fruit with cheese platter to start the night, and they were both fantastic!! Our group devoured them in minutes leaving only the smallest crumb on the plate. After finishing off the appys, I had a peak at the canteen, where patrons can buy food throughout the evening, and although not a pizza eater myself, I almost drooled on the glass where the pizza was on display. This work of art looked amazing!! 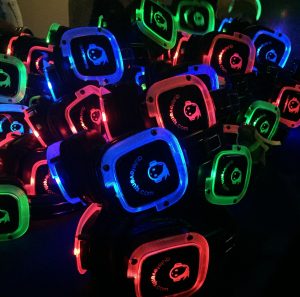 With the theme this month being “Get your Glow On”, the extra activities included the glow yoga, face painting, silent disco, and a giant litebrite game! People were all dressed up and it was a ton of fun! The demographic of the patrons is diverse, but everyone is made to feel welcome, and although I’d say the typical age of people there is mid-twenties, a 40-something would not feel out of place at all. It’s a very friendly and warm atmosphere for everyone! You’ll find people dressed down in jeans and t-shirts, but it’s also common to see suits and fancy dresses. It’s a casual and formal atmosphere at the same time, and everyone just has fun. The best part is that if you are not comfortable where you are, you can change rooms, while still taking part in the same big party!! It really is like four separate locations within the same building! 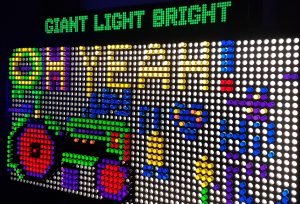 I’ve wanted to go and check out this amazing event for years, and I’m so happy that I finally did. It truly lived up to my high expectations of an incredible night out! I will definitely return, and I highly recommend that you see it for yourself. As mentioned, it runs monthly from 8pm to midnight on the last Friday of each month.

Next up for Nature Nocturne is December 28th, when the theme is “White Out,” and patrons are encouraged to “Dress to be cool – all in white for the night!” You can find details on this event on my website or buy your tickets by clicking here!

January 25th has an amazing feature! The theme is “Blend In, Stand Out” and Nature Nocturne is partnering with Little Rays Reptiles, who are bringing an iguana and a SLOTH!!! Who doesn’t love the trendiest animal on the planet??!? I’m so excited for the sloth! Details and ticket information is available on my site by clicking here! 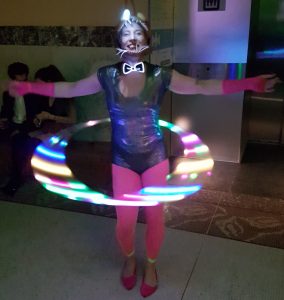