On Saturday night, I had the pleasure of attending the 2018 Ottawa Faces Magazine Awards. This extravagant evening is hosted annually by Faces Magazine, and presents ‘People’s Choice’ type of awards in dozens of categories, which include everything from Ottawa’s favourite Bartender to Chiropractor to Veterinarian, and everything in between. I attended the Awards last year, and was extremely impressed with the event, and have been anxiously awaiting this year’s event since then. Last year, the event was held at Lago in Dows Lake, and the number of attendees was appropriate for that venue, however, this year had a massive increase in attendance, and the event simply would not fit at Lago. 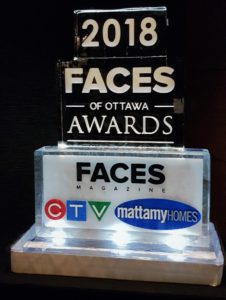 This year’s event was held at the Brookstreet Hotel in Kanata, which provided a stunning venue for the evening. I arrived around 7:45 pm, just in time for the end of the cocktails and hors d’oeuvres hour. Parking at the event was free, which is always a great bonus, and after parking underground, I proceeded to the lobby. The check in process was seamless: there was a lineup for those who already had their tickets, another lineup for those whose names were on the guest list, and a third lineup for coat check, and all three lineups moved swiftly.

From arrival, it was clear that this was a going to be a grand event. Immediately after stepping into the event, I was greeted by a friendly server, offering me a choice of drinks: one was a non-alcoholic grapefruit drink, the second was an orange-vodka punch. Both were delicious. I had no sooner finished my drink when another server appeared to take my glass and offer me a second. The service was impeccable, not just at the start, but all throughout the evening.

As I walked along the corridor of the hotel leading up to the banquet room where the awards would be given out, I passed a large bar area, as well as a number of tables offering various foods for purchase. Excited groups of people crowded around the food service stations, grabbing a quick bite to eat before the party got started. The menu included nachos, sliders, jumbo pretzels, and Italian sausages. The food was reasonably priced, and offered great snack options for the attendees. And the service was, once again, amazing. 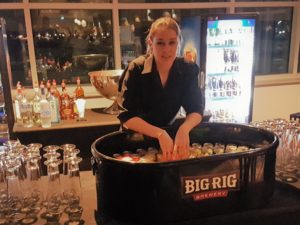 The multiple bars, stationed throughout the venue, offered a basic selection of wine, beer and mixed drinks. The beer sponsors for the evening were Big Rig Brewery and Perth Brewery, and each ticket purchased included two vouchers for a tall boy or a non-alcoholic drink. Unfortunately, I wasn’t able to figure out if you could purchase more of these vouchers, as I would have loved to try the micro brews they had available, so I stuck with the mainstream beer selection. Unlike other events of this size, the bars were well positioned, and the lines moved very quickly. The bartenders were incredibly friendly and efficient. With this though, there are inherent risks of people drinking too much and driving home, but it was a fantastic surprise that the Faces staff were made available should anyone need a ride due to over-consumption. Such a classy and elegant touch to the evening. 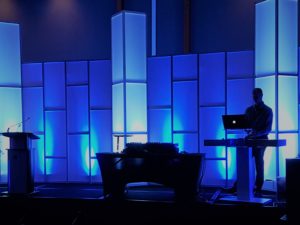 Once I made my way into the banquet room, I was overwhelmed with the sounds and sights of a great party. The back wall housed a very lively, large bar area. Directly in front of that area, towards the center of the room, groups of people mingled around tall tables. A photographer was set up in front of a media wall, taking photos of attendees, and allowing for guests to take their own photos and selfies in front of the wall as well. This, too, was a popular area, with crowds of people waiting to get a photo. I was able to get a photo myself, which made for a nice souvenir from the evening. A DJ was playing popular music, and although the area was packed with attendees, people were still able to dance. 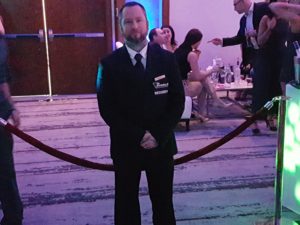 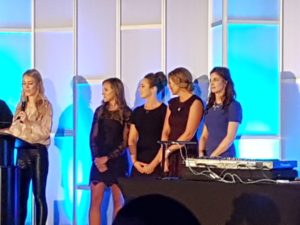 Along the far-left wall was the VIP area, which was roped off, with security in place, and appeared to be beautifully decorated with white couches for the VIPs to sit on. Notable VIPs of the evening were the members of Team Homan, who later presented an award.

Between 8 pm and approximately 9:30, guests mingled, danced, took photos, and enjoyed food and drinks until the awards portion of the evening began. The presentations began with the “top 10” awards presented one at a time with a pause to allow the recipient to make their way to the stage. As each individual plaque was presented, photographs were taken in a media frenzy. A few notable winners in these top 10 categories, were: Jim Watson, Dylan Black, Rachel Homan, Mark Stone, Erik Karlsson, and Brad Sinopoli.  Not all these recipients were in attendance, but it was great to see them win regardless. 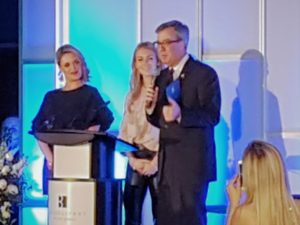 Once these awards were finished, the remainder of the awards were presented five at a time with a ten-minute break in between every 4-5 groupings. The whole awards presentation lasted for almost an hour and a half, but the excitement never diminished as nominees, scattered around the room, waited eagerly to hear their names called. These ten-minute breaks allowed the DJ’s to turn up the volume and draw the party-goers to the dance floor. Drinks were refilled, bladders emptied and people were ready for the next round of awards. 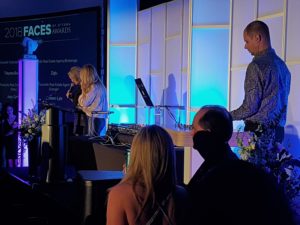 My one criticism of the night was the organization surrounding previously announced awards. The ten-minute music break was not necessarily enough time for people get back to the banquet area once the breaks ended; I was stuck at the bar waiting in a line up while one of the categories that I was nominated for was announced. Additionally, a gentleman approached me at one point, and asked where to go to find out if his category had been called. I didn’t know the answer, and following basic directions from the DJ, we proceeded to the appropriate area, where we were greeted by Toersa Security. Security deferred to a girl who was working the area as to how to handle our enquiry. She wandered to the back of the stage area where the awards were being held, and came back, only to start chatting with a friend that she ran into while we waited awkwardly with security. I had no idea at this point whether or not my category had even been called yet, and if it had, who had won it. Finally, after her conversation, she returned to tell me that the award for the category “was already picked up”. She could provide no further details. My suggestion would be to post a list of winners as they are announced (much like a BINGO hall does) in order to prevent this confusion and to alleviate people’s concerns as to whether or not their respective categories have been called yet if they were not in the room at the time. Perhaps additional screens, or even TVs, could be placed around the banquet hall, providing these recaps. 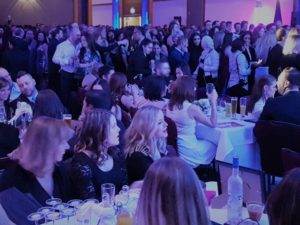 As the presentations came to a close, multiple DJ’s built up on the stage and seemed to have a group DJ mix running, where they took turns mixing today’s best dance music to entertain the crowd. The music all night was phenomenal and kept the crowd moving and the party going from start to end.  The Faces Magazine Awards are known for the glitz, glamour, and extravagance that the evening offers, and this year’s event proved to be no exception. From beginning to end, I was wowed at the service, the entertainment, and the overall ambience of the evening. It was a truly great night. If you’ve never been, I would highly recommend that you check out this incredible annual event. You won’t be disappointed!