Each week, I will be publishing a list of movies which are promoted to be in theatres on the upcoming weekend (Friday). I will only be indicating which movies are being released, but you’ll need to check local listings for movie times and locations. There are four movies being released in Ottawa this week. Although poorly rated (2 / 5 stars), the Mummy leads the way with Tom Cruise starring in this remake. 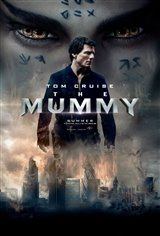 An ancient princess (Sofia Boutella) is thought to be safely entombed in a crypt deep beneath the harsh desert. Having had her destiny wrongfully robbed from her while she was alive, the princess is awakened in contemporary times and unleashes a fury that defies human understanding and an evil that has been brewing over millennia. Her terror knows no bounds, crossing country lines throughout the Middle East and even impacting those in London. While in England, she encounters an ex-soldier (Tom Cruise), who’s been enlisted to help end her cruel crusade. 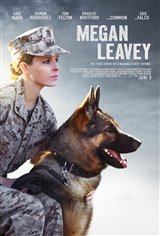 When her best friend dies, Megan Leavey (Kate Mara) feels lost. Tired of living with her mother and stepfather, Megan joins the U.S. Marines. While there, she finds her purpose as she’s cleaning out the dog kennels, and asks to join the K9 division. She’s partnered with their most aggressive dog, Rex, but manages to form a bond with him as they’re shipped overseas. The two save countless lives in their missions to seek out hidden bombs and IEDs, but on one such mission, a car explodes and both are thrown into the air. Injured, Megan is sent home to the States, but is disappointed that Rex isn’t retired from duty as well, as he was also injured. She can’t bear to be separated from Rex, who’s sent back overseas to continue active duty. She fights to get him released as the hero he is and adopt him as her own. 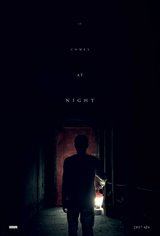 It Comes at Night

As an unnatural threat kills many people around the world, Paul (Joel Edgerton), along with his wife and son have sealed themselves away in their home. When a desperate young family seeking refuge arrives, they’re put to the ultimate test. Although they open their home to the strangers, paranoia and mistrust begin to get the best of them. As the horrors outside get closer, it awakens something hidden and monstrous within Paul as he learns that the protection of his family comes at the cost of his soul. 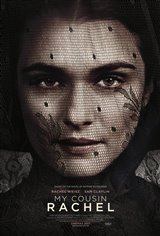 When young Englishman Philip (Sam Claflin) reads a letter from his former guardian that tells of the torture he is enduring at the hands of their beautiful cousin Rachel (Rachel Weisz), whom he has married, Philip sets off by horseback to help. When Philip discovers his guardian is dead, he decides to get revenge, believing Rachel to be a murderess. When he meets Rachel, Philip finds her to be a charming, beautiful woman. She explains to him what happened, saying that her husband became ill and was hallucinating when he wrote that letter. He trusted no one and tried to hurt her. Philip slowly begins to fall under Rachel’s spell himself and becomes infatuated with her, even though he begins to feel ill after she serves him a foul-tasting tea. Adapted from Daphne Du Maurier’s 1951 novel of the same name.