Each week, I will be publishing a list of movies which are promoted to be in theatres on the upcoming weekend (Friday). I will only be indicating which movies are being released, but you’ll need to check local listings for movie times and locations. Not too much being offered this week as a lot of the blockbusters have been in the previous few weeks and coming up soon! A great movie for the kids this week with Cars 3 though! 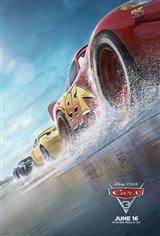 In the follow-up to Cars (2006) and Cars 2 (2011), legendary Lightning McQueen (Owen Wilson) suffers a devastating accident mid-race. Retirement seems imminent and his glory days seem long gone. But he’s determined to reenter the pack of competitors and find his way back to the race track. To do so, he has to rely on the expertise of young technician Cruz Ramirez (Cristela Alonzo) and a dose of inspiration from the late Fabulous Hudson Hornet. 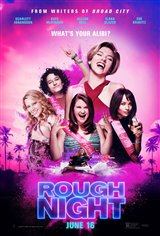 Ten years after graduation, four college friends — Jess (Scarlett Johansson), Alice (Jillian Bell), Frankie (Ilana Glazer) and Blair (Zoë Kravitz), plus their Australian classmate Pippa (Kate McKinnon) — are excited about their upcoming trip to Miami for a wild bachelorette weekend. Things go downhill fast when the ladies accidentally kill the male stripper they hired. What started out as a fun, crazy weekend away turns into a desperate attempt to cover up what they’ve done. 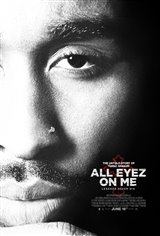 All Eyez on Me

This biographical drama film chronicles the life of late rapper Tupac Shakur (Demetrius Shipp Jr.), whose politically charged lyrics are still an inspiration for major artists today. The film covers the various stages of his life, from his incarceration to his political activism, being called out by then-Vice President Dan Quail, his rise to stardom in the 1990s as a hip-hop icon and to September 7, 1996, when he was the victim of a drive-by shooting on a street corner in Las Vegas. Jamal Woolard stars as The Notorious B.I.G., Grace Gibson plays Faith Evans, Danai Gurira portrays Afeni Shakur, Kat Graham is Jada Pinkett and Stefon Washington appears as Puff Daddy. 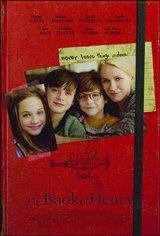 The Book of Henry

Single mother Susan Carpenter (Naomi Watts) is raising her two young sons, Peter (Jacob Tremblay) and Henry (Jaeden Lieberher). Henry is a genius who takes care of the family’s finances. When he suspects that his classmate Christina (Maddie Ziegler) is being abused by her stepfather, Glenn Sickleman (Dean Norris), he wants to expose the man, but because Sickleman is the town’s police commissioner, he has to be careful. With his mother’s help, Henry puts a plan into motion that will gather information on what the man is doing, but because of Sickleman’s position in the town, they run not only into skepticism, but put themselves at risk.