Each week, I will be publishing a list of movies which are promoted to be in theatres on the upcoming weekend (Friday). I will only be indicating which movies are being released, but you’ll need to check local listings for movie times and locations. Not a lot of huge box office crashers this week, but a massive cast across all five of this week’s movies. Not sure if there’s a clear leader of the pack, but time will tell I suppose. With all the Canada Day festivities for those of you staying in the city or escaping to cottages, I’m sure the run on tickets won’t be huge! Have a great weekend! 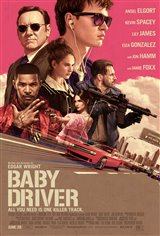 A young getaway driver named Baby (Ansel Elgort) had an accident when he was a kid and it left him with an eardrum that constantly hums. To down it out, he plays music constantly. He works as a driver for a powerful crime boss named Doc (Kevin Spacey) and finally tells him that after one more job, he’s done. Doc is not impressed. He tells Baby that after one more job, they’re straight, but not done. He threatens to hurt everyone Baby loves if he tries to leave. Baby, who has fallen in love with a beautiful waitress named Deborah (Lily James), doesn’t want anything to happen to her. He decides to go on the run and take Deborah with him. 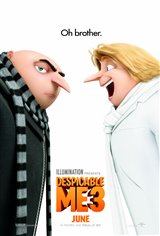 Gru discovers from his mother that he has a twin brother, Dru, whom he’s never met. Dru was given to his father to raise after their parents’ divorce. Brothers Gru and Dru (both voiced by Steve Carell) finally reunite. Meanwhile, former ’80s child star Balthazar Bratt (Trey Parker) has been bitter since puberty, when his TV series was abruptly cancelled. To exact revenge for what he sees were unjustified wrongdoings, he hatches a plan for world domination. To stop him, Gru, Dru, Gru’s wife Lucy (Kristen Wiig), their children, and the Minions must band together. 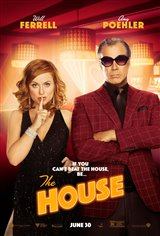 When their daughter Alex (Ryan Simpkins) gets accepted to Buckley University in Lewisburg, Pennsylvania, Scott and Kate Johansen (Will Ferrell, Amy Poehler) are thrilled beyond belief. However, when they discover that the $401,000 they thought they had for their daughter’s college fund doesn’t exist, they realize they don’t have the money for Alex’s tuition. Unwilling to let her know, they listen to their neighbor Frank (Jason Mantzoukas), who tells them he has a way for them to earn enough money for four years of tuition in one month by starting an illegal casino in his basement, complete with strippers, an 11-year-old DJ and female MMA fighting matches. 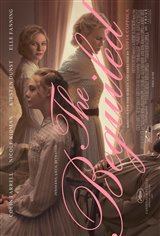 Martha Farnsworth (Nicole Kidman) is the head of a Confederate girls’ boarding school located in Virginia during the Civil War. One day, one of the girls, Amy (Oona Laurence), discovers injured Union soldier John McBurney (Colin Farrell) in the woods. She calls Miss Martha, who gets the young man inside and reluctantly tends to his wounds, telling him he’ll need to leave as soon as possible. While there, he asks a teacher, Edwina Dabney (Kirsten Dunst) to run away with him, but before they do, she discovers him in another girl’s bed. The girls realize that John is indeed the enemy and get together to teach him a lesson, which leads to dangerous consequence. Based on Tom Cullinan’s novel A Painted Devil and adapted from the 1971 film starring Clint Eastwood. 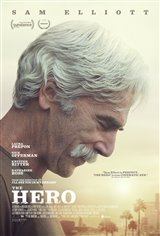 Aging film star Lee Hayden (Sam Elliott) is many years past his prime. No longer garnering much attention, scripts or roles since his last major film, a western titled The Hero, Lee is forced to take any work he can get, including commercials. But when he is asked to attend a ceremony to receive a Lifetime Achievement award from the Western Appreciation Guild, his heartfelt speech garners him the attention of filmmakers ready to bring him back to the big screen. As he slowly gains back success on a par with what he once had, Lee must also navigate his new relationship with the much younger and beautiful Charlotte (Laura Prepon), and mend his relationship with his estranged daughter, Lucy (Krysten Ritter).