Each week, I will be publishing a list of movies which are promoted to be in theatres on the upcoming weekend (Friday). I will only be indicating which movies are being released, but you’ll need to check local listings for movie times and locations. I’ve changed my information sources to make the weekly list more accurate and specific to Ottawa. I’ll no longer be including movies that aren’t showing here so there may seem to be less movies being released, but it’s a better indication of what’s playing locally. This week features the latest in the Alien movies with the long awaited, and heavily advertised “Alien: Covenant”. For the family outings, The Diary for a Wimpy Kid is also being released. Have a great weekend! 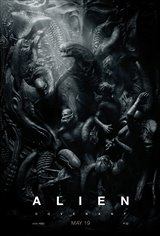 The crew members of the spaceship Covenant travel to a remote planet on the far side of the galaxy on a colonization mission. All of the members are couples, who are risking everything to form a new colony on the planet. Once landed, they discover what seems to be a paradise, with fields of wheat. But when team leader Daniels (Katherine Waterston) notices the extreme silence of the planet, it’s unnerving. There are no birds or animals — in fact, there are no signs of life at all. They discover evidence of an earlier doomed expedition. It soon becomes clear that there is something incredibly dangerous to human life on this otherwise beautiful planet.. 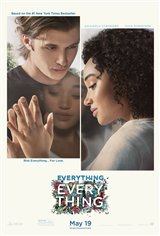 Maddy Whittier (Amandla Stenberg) is a teenager who is suffering from an immunodeficiency known as SCID. She has spent her whole life indoors. The only three people in her life are her mother, who is also her nurse; her caretaker Carla; and Carla’s daughter Rosa. Maddie is content with her life and loves reading her books. One day, a new family moves in next door. Their teen son Olly’s (Nick Robinson) bedroom window faces Maddy’s window, and soon the two become friends, talking using text messages. After a while, Maddy wants to meet Olly, who tells her stories about the outside world. It’s not long before their friendship threatens her life as she decides to leave her house and live her life to the fullest. Based on Nicola Yoon’s novel of the same name, Everything, Everything. 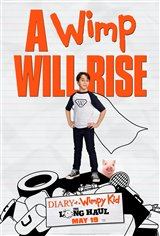 Diary of a Wimpy Kid: The Long Haul

Greg (Jason Drucker) feels that as a kid, he has no control over his own life. When his mother announces that the Heffley family is going on a road trip to attend their grandmother’s birthday party, Greg’s older brother Rodrick (Charlie Wright) is horrified. Greg isn’t phased because he discovers that a video game convention is in Indianapolis the very weekend of the road trip and he thinks he’ll be able to sneak away to attend it. Unfortunately, it turns out to be a lot farther away than he expected. Along the way, they run into another family that causes trouble for the Heffleys and Greg’s younger brother Manny wins a piglet when the family stops to visit a country fair.
Based on the ninth book in The Diary of a Wimpy Kid series by Jeff Kinney. 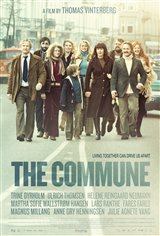 Copenhagen, 1970s. Middle-aged Danish couple Anna (Trine Dyrholm), who works as a television news reader, and university lecturer Erik (Ulrich Thomesen) inherit a gigantic house when Erik’s father dies. Because the house is so large, Anna decides it would be interesting to try forming a commune to live in the house with them and their 14-year-old daughter, Freja. She talks Erik into trying it out and they invite a variety of their friends and professional acquaintances. House rules include having regular meetings in which each member tells the group how they’re doing. Decisions are settled with a vote from all the members. Group dinners, high level academic discussions and plenty of booze are combined with skinny dips, which leads to sexual tensions. However, when Anna has a crisis in her relationship with Erik, she begins to feel that communal living may have been a mistake. 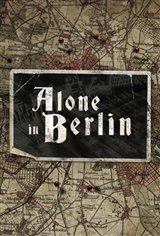 It’s 1940 in Berlin and working class husband and wife Otto (Brendan Gleeson) and Anna Quangel (Emma Thompson) are doing their best to ride out the war. When they receive a telegram telling them that their only son has been killed fighting on the front, however, everything changes. Otto decides to focus his rage and grief into writing postcards emblazoned with anti-Nazi slogans, calling Hitler a liar and murderer, and advising people to stop the war machine and overthrow Hitler. He decides to risk everything to disseminate these messages of protest across the city, leaving them on steps of buildings, in mailboxes and other public places, wherever people will see and read them. When Anna discovers what he’s doing, she joins him in his act of subversion. Although small and covert, their protest rattles the regime, including a police inspector (Daniel Brühl) who will not rest until the people responsible for the messages have been caught and punished. Based on the true story of Otto and Elise Hampel.
[contact-form][contact-field label=’Name’ type=’name’ required=’1’/][contact-field label=’Email’ type=’email’ required=’1’/][contact-field label=’Website’ type=’url’/][contact-field label=’Comment’ type=’textarea’ required=’1’/][/contact-form]