Each week, I will be publishing a list of movies which are promoted to be in theatres on the upcoming weekend (Friday). I will only be indicating which movies are being released, but you’ll need to check local listings for movie times and locations. With my new formatting for movie releases, there are only two coming out this week in Ottawa, and I’m sure both will do well in the box office for very different reasons.  This week has the Baywatch movie with The Rock starring in it and also has the latest in the Pirates of the Caribbean movies coming out with Johnny Depp. 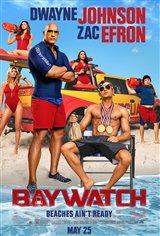 Head lifeguard Mitch Buchanan (Dwayne Johnson) is informed by Captain Thorpe (Rob Huebel) that city council is considering cutting the money that goes into the Baywatch program. That’s when Mitch is introduced to a new, young recruit: extreme athlete Matt Brody (Zac Efron). Unfortunately, the two butt heads when Matt turns out to be reckless, obnoxious and in addition, a heavy drinker. Along with fellow lifeguard Summer (Alexandra Daddario), the two have to work together to come up with a way to save Baywatch Headquarters and uncover a criminal plot led by Victoria Leeds (Priyanka Chopra). Based on the hit TV series, which ran from 1989 to 2000. Former stars David Hasselhoff and Pamela Anderson will be making cameos. 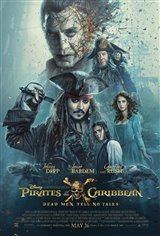 Pirates of the Caribbean: Dead Men Tell no Tales

A down-on-his-luck Captain Jack Sparrow (Johnny Depp) finds his life on the line when deadly ghost pirates led by his old nemesis, the terrifying Captain Salazar (Javier Bardem), escape from the Devil’s Triangle, determined to kill every pirate at sea — including Captain Jack. In order to survive, Jack seeks out the legendary Trident of Poseidon, a powerful artifact that empowers whomever possesses it with total control over the seas.