This past Thursday night, there was a pretty special and unique performance held at Algonquin College in the Student Commons Theatre. Many of you may not know who this is, but if you’re familiar with America’s Got Talent, you likely know Piff the Magic Dragon.

But first, I have to say that once again the Algonquin Commons Theatre proved to be excellent hosts. This venue truly is becoming one of the best hidden gems of the city with big name concerts and acts performing an intimate show in a professional and well maintained venue. Although I promote all their events through my website, I also recommend going to their site at http://www.algonquinsa.com/events/?category=general-woodroffe to keep an eye on what’s coming in the future. 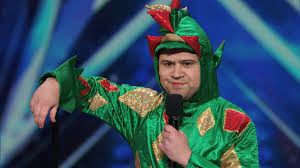 When I got these tickets for the show, I was so excited as I remember his performances on AGT and he was always hilarious and extremely talented with his magic tricks. And, the fact that he continuously wears a full body green dragon costume and has an assistant in his small white Chihuahua just adds to the allure. However, leading up to the show, I was concerned about how his 2-5 minute acts on AGT could become a multi hour entertainment show. Well, I have to say that I was definitely NOT disappointed. His show from start to finish was hilarious. His witty and quick reactions to unexpected situations are genuinely brilliant. 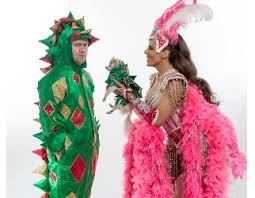 Piff travels with four companions (for lack of a better word); these include a squire who struggles with his sexuality, a Vegas style dancing girl with a very elaborate costume emphasizing certain features (I’ll leave it at that), his Chihuahua who wears a costume, and for one trick, the surprise magical guest, David Copper-fish, a goldfish. Each trick that he performs, draws on audience participation and he feeds off of the reactions and responses he gets from the audience members. Part of his humour is the continuous mocking of people in the crowd based on their occupation, clothing, or whatever else he can find….and don’t even think about being late or going to the bathroom….especially TWICE.

Piff starts off the show with a performance by his squire that turns out to be hilarious by itself, and when finally hitting the stage, Piff is introduced as “the loser of America’s Got Talent”. For those of you who don’t watch the show, Piff was on the 2016 edition and received a “gold buzzer” which means that one of the judges deems you to be so good that going through the weeks of competition and voting by Americans aren’t necessary, and you move right to the finals. Each judge can only send one act through via the gold buzzer so of the hundreds of acts that audition, only four get through to the Vegas finals immediately. Piff made it right up until the finals beating out greats such as Stevie Starr aka  “The Professional Regurgitator” (another post later for him, but look him up, he’s a bit of a train wreck), “Tape Face” (hilarious), and Uzeyer Novruzov (the ladder guy), but then lost in the final to an extremely talented ventriloquist who I have never heard of since. This loss alone gave Piff material to build his show. 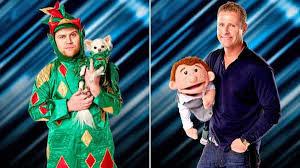 The show lasted approximately one hour and forty-five minutes and was then followed by an in-person meet and greet and photo opportunity with the performers in the lobby of the event.

I don’t want to detail the tricks of specific jokes in the show, as I think this would take away from when you see it in person. His magic tricks are impressive, but I consider them to be a bonus. Although he advertises as a “magic dragon”, you’re paying to see the comedy of the show. His jokes are very fast, witty and topical, he clearly is a naturally hilarious guy who isn’t using tired material that was developed months ago. He now operates in Las Vegas at the Flamingo hotel as it’s one of the top “economical and least renovated investment choices”. He performs there for three months, then tours for three. I know this is the second time he’s been to Ottawa so hopefully he’ll come back again in the near future.

As silly as the performance may seem, the show appeared to be sold out and Algonquin Commons holds about 700 people. Tickets were approximately $30 in advance so as far as I’m concerned, a great value for a really fun show that will have you laughing continuously. I recommend it to anyone (except maybe not children) weather you’re in Vegas, or when he tours again. He’s not just a magician, he’s not just a comedian, he’s a magic dragon.