ANNOUNCEMENT: Phantom of the Opera and Les Misérables

Broadway Across Canada has made a couple huge announcements for the newly renovated National Arts Centre:

Just announced, Cameron Mackintosh’s spectacular new production of Andrew Lloyd Webber’s THE PHANTOM OF THE OPERA will come to Ottawa as part of a brand new North American Tour. Hailed by critics as “bigger and better than ever before,” this production boasts many exciting special effects including the show’s legendary chandelier, new scenic and lighting designs, new staging and choreography. The beloved story and thrilling score will be performed by a cast and orchestra of 52, making this PHANTOM one of the largest productions now on tour.

Group tickets only are on sale at this time, but reserve your group seats now to ensure that you’ll get them. I don’t remember the last time Phantom was in Ottawa, but it’s been a while. 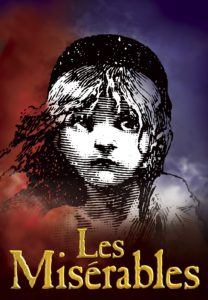 Cameron Mackintosh presents the new production of Alain Boublil and Claude-Michel Schönberg’s Tony Award-winning musical phenomenon, Les Misérables, direct from an acclaimed two-and-a-half-year return to Broadway. With its glorious new staging and dazzlingly reimagined scenery inspired by the paintings of Victor Hugo, this breathtaking new production has left both audiences and critics awestruck, cheering “Les Miz is born again!” (NY1). Set against the backdrop of 19th-century France, Les Misérables tells an enthralling story of broken dreams and unrequited love, passion, sacrifice and redemption – a timeless testament to the survival of the human spirit. Featuring the thrilling score and beloved songs “I Dreamed A Dream,” “On My Own,” “Stars,” “Bring Him Home,” “One Day More,” and many more, this epic and uplifting story has become one of the most celebrated musicals in theatrical history. Seen by more than 70 million people in 44 countries and in 22 languages around the globe, Les Misérables is still the world’s most popular musical, breaking box office records everywhere in its 32nd year.

Also Group tickets only, but it’s one way to ensure you get your tickets.

Both of these will sell out once general ticketing opens so why not find a group of people and take advantage of these rates and availability.

Go to the Broadway In Canada Site for more information on these and other upcoming shows. http://ottawa.broadway.com/groups/shows/