On Friday night, I had the honour of attending the Faces Magazine annual awards banquet/gala. I’ve known about this event for a couple years, and have enjoyed reading the magazine for even longer, but I’ve never had the pleasure of taking part in this exciting evening party. 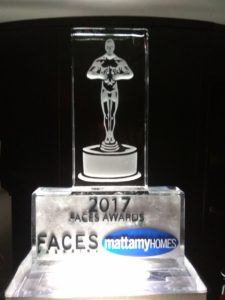 In case you aren’t aware, Faces Magazine (http://facesmagazine.ca/)  is a leading publication that can be found in various locations throughout Ottawa for a remarkable charge of zero dollars. The magazine is incredibly high quality and produces superior entertainment to all it’s readers. There is a pleasant mix of articles on celebrities, fashion (men’s and women’s), and other random stories to keep the reader interested. 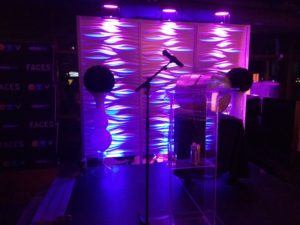 Each year, the Magazine hosts an awards celebration honouring various individuals and businesses in Ottawa. Through a nomination process, people are chosen for voting in multiple categories highlighting different professions anywhere from “Ottawa’s favorite bartender” to “Favorite Ottawa Senator”. There are approximately 150 different categories to vote on and chances are, if you’re a resident of Ottawa, you’ll know somebody on the nomination list such as your plumber, massage therapist, or favorite blogger. 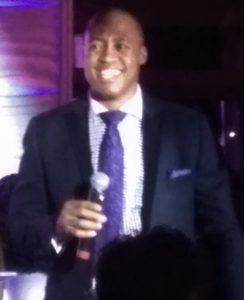 The banquet was hosted by Henry Burris from the Ottawa Redblacks (now retired) and was held at Lago in the Dows Lake Pavilion. Henry was responsible for getting the crowd into the event and follow along with the numerous awards as they were announced 5 at a time. To achieve this, he took advantage of his quarterback organization and communication skills and was sufficiently loud over the noise of the crowd. My initial expectation was a layout similar to the Golden Globes where everyone is set up around tables and each category is announced with all the nominees, and then a single winner is asked to come to the front. I was worried that with 150 categories, this might take all night but the way it was done was the exact opposite, and much appreciated. With only the winners announced, and five at a time, the awards portion of the evening moved along at an excellent pace. 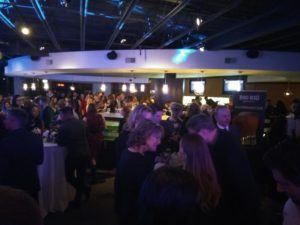 of Lago has a modern and professional feel and is well suited for such an event. The crowd was all well dressed and ready for a fancy night out regardless of winning an award or not. It had the true feeling of a higher end gala, but not quite black-tie and ball-gown. There was a roped-off VIP seating area with two intimidating security guards in black suits on duty to prevent people from entering the controlled area, but they were very professional and obviously experienced in working this type of event. The contracted security company was www.toersa.com who you would recognize from many events throughout the city. There were two bars operating in the lounge with multiple stand-up tables throughout the room for mingling and networking. 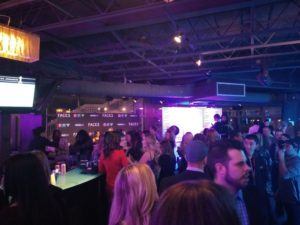 Then at the front there was the stage, a photo area and the DJ set up by the dance floor, all of which with a back drop of large windows overlooking the Rideau Canal. The only complaint I have about the venue is that once the awards were over and the attendees started leaving, the coat check line was unnecessarily long with minimal staff prepared for the rush. My wait was about 20 minutes to retrieve my coat.

One of the event sponsors was http://www.bigrigbrew.com/ with the provision of three different flavours of their beers, two glasses of which were included in the ticket price. It was nice to have the micro-brewery there with something delicious offered for all beer drinkers to enjoy. Also in attendance was the Grey Cup. With multiple Redblacks players there, it was nice to see the championship trophy as well.

Although many of the local celebrity award winner were not in attendance, it was still exciting to hear names being called out as winners such as Erik Karlsson, Mayor Jim Watson, and Stu Schwartz (Stuntman Stu).

I would suggest you start reading the Faces magazine if you don’t already, and think about next year’s event. I highly recommend taking in the full experience including the nomination and voting process. At only $43 a ticket, it’s a great way to spend a Friday night with some of the “who’s who” of the city. Hopefully I’ll see you all there next year!